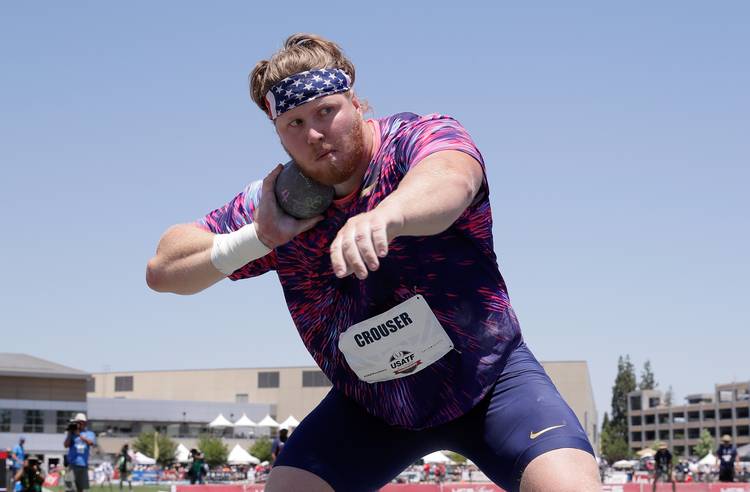 Ryan Crouser winds up to throw the winning throw in the Men's Shot Put during Day 4 of the 2017 USA Track & Field Championships at Hornet Satdium on June 25, 2017 in Sacramento, California. (Photo by Andy Lyons/Getty Images)

The Texas track and field program will be represented by six current and former Longhorns at the IAAF World Championships in London in August. Three others qualified as alternates for Team USA.

Three members of Team USA will represent Texas at the World Championships.

Ryan Crouser, who won the shot put at the USATF Championships with the No. 10 throw all time, highlights the Texas representatives on Team USA. Crouser’s throw of 74 feet, 3 3/4 inches set a new USATF Championships record and came on his final throw at the competition Sunday.

Michelle Carter, who won the Women’s shot put event, and Trey Hardee, who won his fourth U.S. title in the decathlon will join Crouser in London.

Rushelle Burton, a freshman, took fourth in the 100-meter hurdles. She earned a spot at the World Championships since Jamaica was allowed to have four members qualify. Danielle Williams was awarded a spot automatically as the defending world champion, opening up another spot for Burton.

On Sunday, Ashley Spencer and Byron Robinson earned spots as alternates for Team USA. Spencer finished the 400-meter hurdles in 53.11, a personal best, while Robinson’s time of 48.50 in the men’s event was good for fourth place.

The IAAF World Championships run from Aug. 4 to Aug. 13 in London.