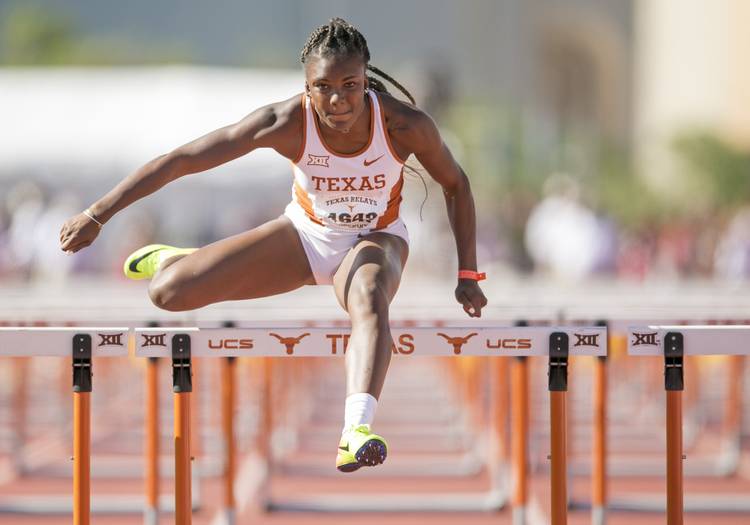 A pair of Texas hurdlers advanced to the finals of the Canadian Championships on Saturday in Ottawa, Canada.

Kirema Macharia won his heat in the men’s 400-meter hurdles, advancing automatically to the final on Sunday. His time of 53.64 seconds was third best in the preliminaries.

Mariam Abdul-Rashid finished second in her heat of the women’s 400-meter hurdles with a time of 59.98. She trailed only the NCAA Champion and Olympian Sage Watson. Abdul-Rashid also automatically qualified with her finish and will race in Sunday’s final.

Macharia and Abdul-Rashid are attempting to qualify for Team Canada in order to compete at the IAAF World Championships next month.

The top two finishers in the 400 hurdle finals will make the team. A third spot will be selected by the Canadian National Team Committee based on IAAF standards.

The IAAF World Championships run from Aug. 4 to Aug. 13 in London.

Six representatives from UT, current and former Longhorns, will compete at the event. Three qualified for Team USA while three others qualified for the Jamaican National Team. An additional trio of Longhorns will serve as alternates for Team USA.

Despite loss, Corey Knebel still in pursuit of another strikeout record