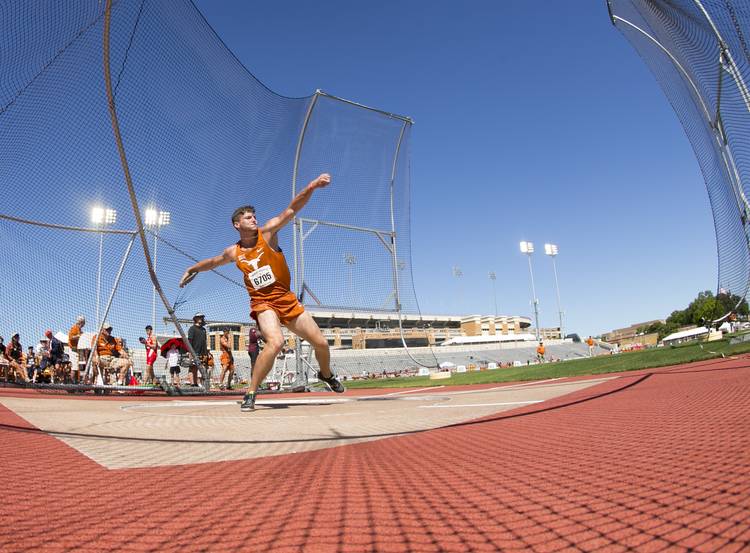 George Patrick of UT competes in the discus throw portion of the decathlon at the 90th Clyde Littlefield Texas Relays at Mike A. Myers Stadium on Thursday March 30, 2017. JAY JANNER / AMERICAN-STATESMAN

George Patrick had a dominating performance in the decathlon at the Pan American Junior Championships in Trujillo, Peru, on Saturday.

The Longhorn won six of the 10 events on his way to scoring 7,514 points to pick up the gold medal for Team USA. He won by more than 300 points.

On Friday, Patrick took wins in the long jump and the shot put before he set a personal record in the 400 meters.

Patrick’s final day of competition was even better, as he won the first four events — the 110-meter hurdles, discus, pole vault and javelin.

The rising sophomore isn’t the only UT representative at the Junior Championships. Tripp Piperi, an incoming freshman, will compete in the shot put for Team USA on Sunday.

Piperi finished with a silver medal in the event at the USATF Junior Championships.