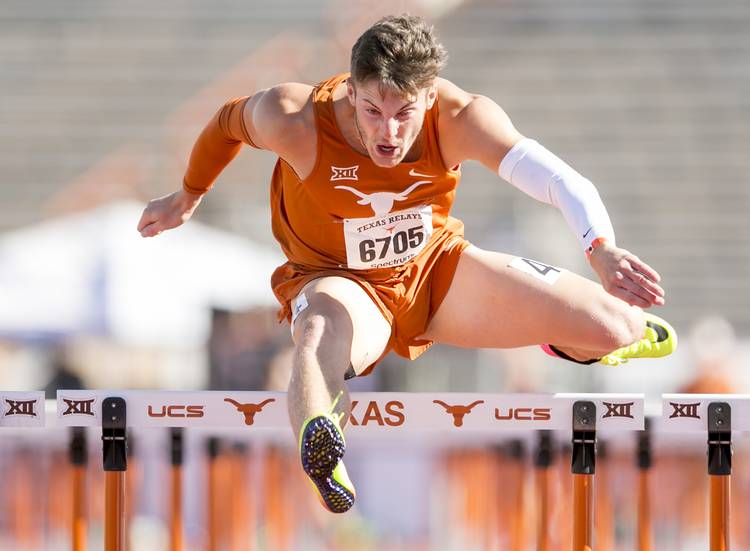 George Patrick of UT competes in the 110 meter hurdles portion of the decathlon at the 90th Clyde Littlefield Texas Relays at Mike A. Myers Stadium on Thursday March 30, 2017. JAY JANNER / AMERICAN-STATESMAN

Texas will be represented in 12 events at the NCAA Indoor Championships, beginning March 9 at Texas A&M.

The men will compete in seven events while the women will represent UT in five.

O’Brien Wasome and Steffin McCarter will both represent Texas in the long jump. Wasome will also do the triple jump. He’ll try to improve on last season’s third-place finish at the NCAAs.

Sam Worley will run the mile for Texas after breaking the school record at the Husky Classic earlier this season. He’s the first UT runner to compete in the mile at the NCAAs since 2013.

For the women, Rushelle Burton and Pedrya Seymour will run the 60-meter hurdles while Teahna Daniels runs the 60 meters.

Kally Long will compete in the pole vault for UT.

The Texas women will also have a team run the 1600-meter relay.