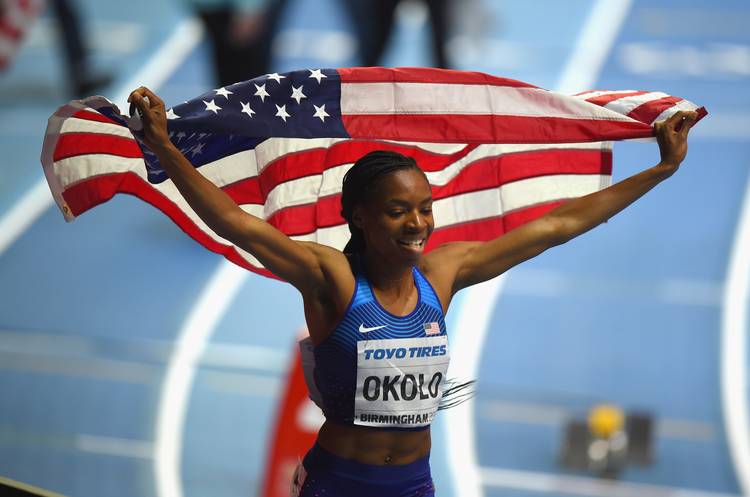 Former Longhorn Courtney Okolo claimed the world title in the 400 meters at the IAAF World Indoor Championships in Birmingham, England on Saturday.

The lifetime Longhorn controlled the race from the start and won in 50.55 seconds. American teammate Shakima Wimbley edged out Britain’s Eilidh Doyle on the final straight to make it a 1-2 finish.

Okolo won the NCAA championship in the 400 four times while at Texas and won gold in the 1600 relay at the Olympics in Rio de Janeiro in 2016. Saturday’s finish made for her first individual international title.

The former Longhorn nearly won the race by a full second as Wimbley completed the race in 51.47.

Sanya Richards-Ross and Sandie Richards are the only other Longhorns to win gold in the 400 meters at the IAAF World Championships.

Aldrich Bailey Jr. and Jamal Wilson joined Okolo as two other representatives of Texas track and field. It was Bailey Jr.’s first world championship meet. He made the final in the 400 meters and finished in fourth place. Wilson tied for ninth in the high jump with a mark of 7 feet, 2 1/2 inches.

Okolo and Bailey Jr. are both eligible to compete in Sunday’s 1600 relay final. Neither ran in Saturday’s semifinals, but teams are allowed to switch up two runners for the final.