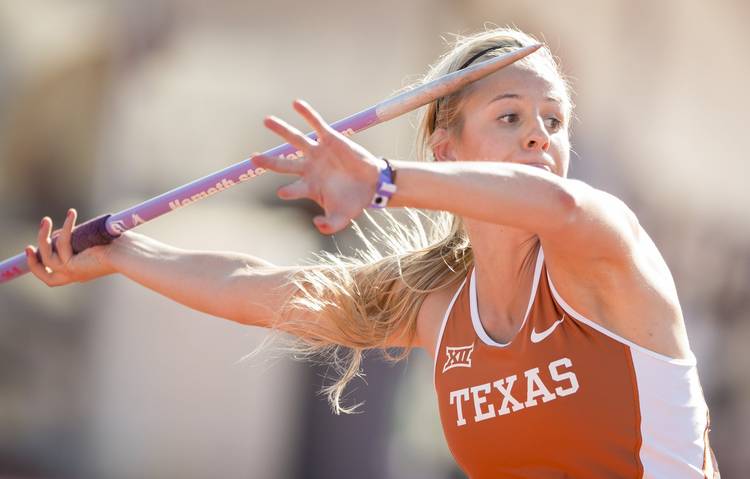 The Texas track and field team had a big day from its throwers at the UTSA Invitational, setting meet records and posting top marks in the NCAA this season.

Haley Crouser and Fabian Dohmann both won the javelin event for the Longhorns to open the outdoor season.

Crouser set a meet record and posted the top mark in the NCAA this season with a throw of 176 feet, 11 inches. It was her best throw in college and the second best mark in school history. She beat the competition by more than 12 feet.

“What a great opener for Haley,” associate head coach Ty Sevin said. “To start the season with a PR after waiting around throughout the entire indoor season to compete shows that Haley is a gamer that shows up when it’s time to compete. This is a good place to start and I look forward to seeing what she can do this season after winning a conference title and being an All-American last year.”

Dohmann also set a meet record in the javelin with a throw of 243-4. It’s also the best throw in the NCAA this season. Dohmann beat the next best thrower by 19 feet.

“I’m so excited for Fabian and to see him healthy,” Sevin said. “Today was a testament to his hard work to fight through all he has been through the last two years. Having a healthy Fabian adds another dimension to this team and he can make an impact for us at championship meets.”

Lauryn Caldwell also competed in the women’s javelin at the UTSA Invitational, taking fifth place with a throw of 122-4.

Play That Funky Music: Texas guided to rest and a win by Nolan Kingham’s efficient effort