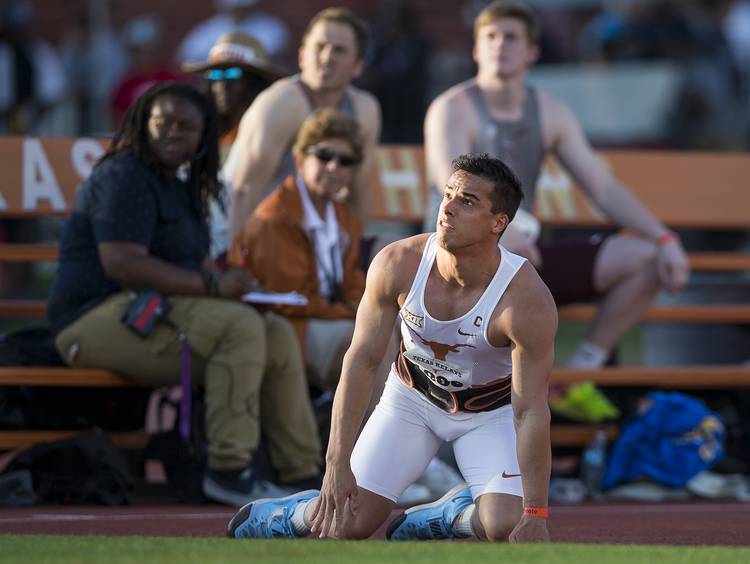 The first day of the National Relay Championships was highlighted by Fabian Dohmann who picked up a win in the javelin for the Texas Longhorns on Friday.

Dohmann posted a mark of 242 feet, 4 inches for his fourth win of the season. He won the event by nearly 20 feet.

Serenity Douglas had the best day on the track for the Texas women. She finished the 400 meters in 52.20 seconds for a second-place finish and a personal record. Zola Golden finished the race in fourth with a time of 52.48.

Elena Bruckner took third place in the women’s discus with a throw measuring 174 feet. Lauryn Caldwell finished 11th with a mark of 142-5. Bruckner also added a sixth-place finish in the hammer throw with a mark of 168 feet. Caldwell was seventh with a distance of 164-7.

Rushelle Burton added a third-place finish in the 110-meter hurdles. She clocked a time of 12.73 seconds. Pedrya Seymour took sixth in 13.04.

The Longhorns had a pair of fourth-place finishes from Abby Guidry in the 3,000-meter steeplechase and Ariel Jones in the 400-meter hurdles. Guidry recorded a time of 10:51.96 while Jones finished her race in 58.32.

John Burt had the next best result on the track with a fifth-place time in the 110-meter hurdles. He clocked in at 13.98.