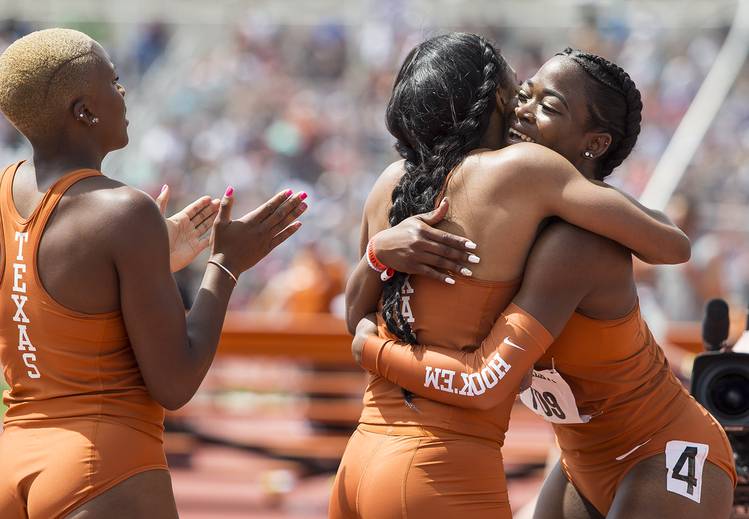 The Longhorns took two wins to highlight the final day of the National Relay Championships in Fayetteville, Ark. on Saturday.

The men’s team won the distance medley relay while the women took the 800-meter relay.

The women’s win came from Rushelle Burton, Pedrya Seymour, Zola Golden and Teahna Daniels in the 800 relay. They finished in 1:33.46.

Barrett Poth hit a personal best in the pole vault invitational. He took third place with a height of 17 feet, 10 1/2 inches.

Nick Meaders finished in third in the men’s non-invitational pole vault with a height of 16-2 3/4 inches. Calie Spencer took third in the women’s event with a mark of 13-2 1/4.

Tripp Piperi finished in third in the shot put with a distance of 64-1 1/4.

Kally Long finished in fourth in the women’s pole vault invitational with a height of 14-3 1/2.