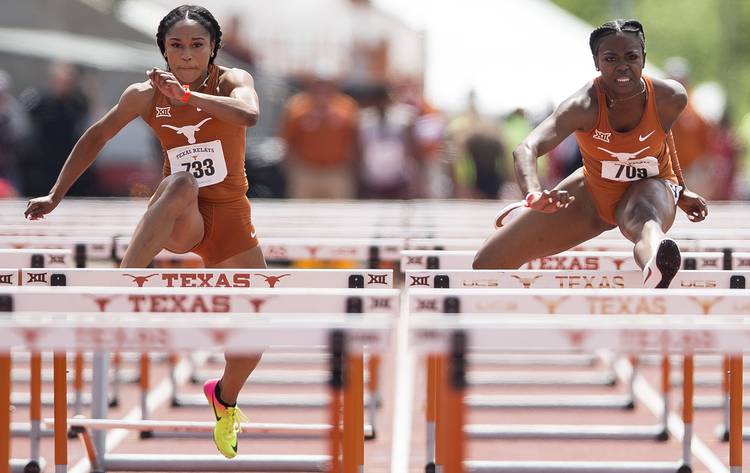 Three Texas hurdlers scored points for the Longhorns and Ashtin Zamzow recorded the best finish in the heptathlon in UT history at the NCAA Outdoor Championships in Eugene, Ore. Saturday.

The Longhorns scored seven points to finish in a tie for 34th as the top teams fought it out in a highly competitive final day. Southern California won the championship with 53 points while Georgia took second with 52 points. Stanford finished third with 51 points.

Ariel Jones picked up a point for Texas as she finished the 400 hurdles in 59.92 to take eighth place. She finishes her career as a two-time first team All-American in the event.

Zamzow made UT history by taking 11th place in the heptathlon. She became the first Longhorn to achieve All-America status in the event. Zamzow finished seventh in the javelin in her best event of the day. She took 16th in the long jump to start Saturday and finished with 11th in the 800 meters.

The Longhorns will play hosts for the NCAA Outdoor Championships at Myers Stadium for the next two years.