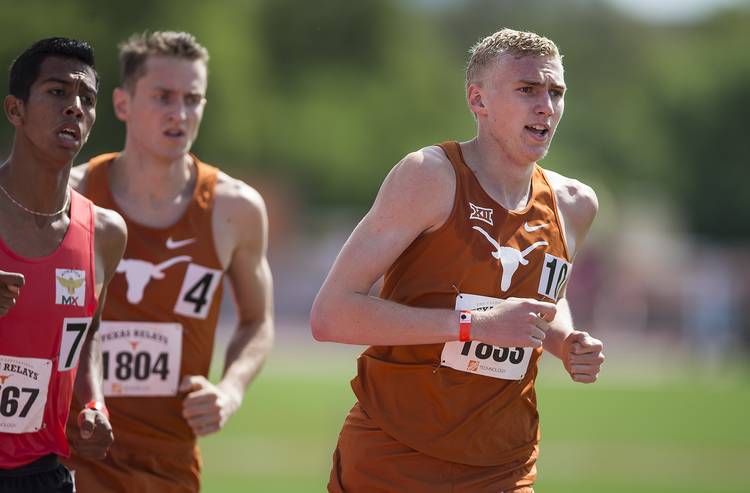 Sam Worley notched a fifth-place finish as the Texas men closed out the NCAA Outdoor Championships in Eugene, Ore. on Friday.

Worley, the only freshman in the final, finished the 1,500 meters in 3 minutes, 45.67 seconds to take fifth place.

“It’s kind of bittersweet,” Worley said. “On one hand I’m very thankful and grateful that I was able to podium in my first collegiate outdoor final. But on the other hand I think that if I was able to have a better race, just better positioning, I could have been a much better outcome.”

John Burt, who also plays football for UT, earned an eighth-place finish in the 110-meter final. He clocked a time of 14.01.

Only O’Brien Wasome was scheduled to compete in field events for Texas on Friday. He did not start the triple jump competition, however. Wasome is the reigning indoor champion in the event after leaping 55 feet, 2 1/4 inches in College Station in March.

The women began the heptathlon competition before Saturday’s conclusion. Ashtin Zamzow scored 3,391 points to sit in 15th place after the first day of the heptathlon. Her best finish came in the shot put, where she took sixth place. Zamzow finished in 14th in the 100-meter hurdles before a 17th place finish in the high jump. She took 15th in the 200 meters.