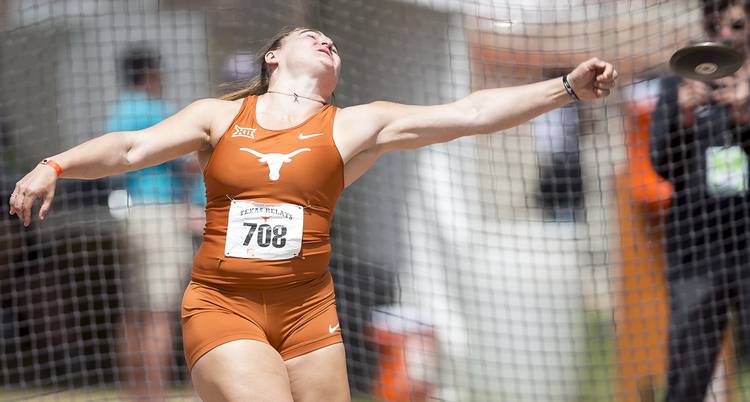 The Longhorns added three wins and a school record on the final day of the Clemson Invitational in Clemson, S.C. Saturday.

Elena Bruckner recorded a second-place finish on the way to setting a school record in the weight throw. Her mark of 61 feet, 10 ½ inches put her at the top of the school’s list in the event.

Kynnedy Flannel added a second victory at the competition, winning the women’s 200 meters in 22.88 seconds. The personal best moved her to No. 5 all-time in the school’s history of the event. Flannel also won the 60 meters on the first day of action.

“We had several student-athletes come back after yesterday and turn in strong performances again today, including Kynnedy Flannel with both performances being top 10 in program history,” head coach Edrick Floréal said. “She was just one of many who had very good weekends which we will build off of as our season continues next weekend.”