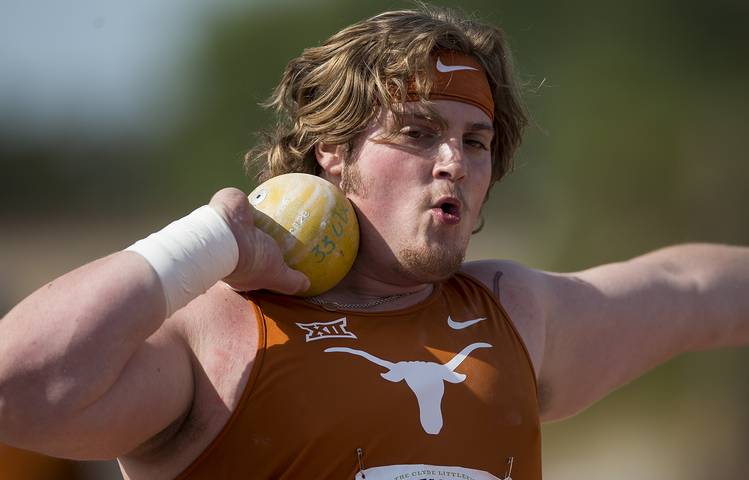 The Texas track and field team picked up five wins on the final day of the Charlie Thomas Invitational in College Station Saturday.

Tripp Piperi now sits behind only Olympic Gold Medalist Ryan Crouser in the shot put in Longhorns history. His throw of 67 feet, 6 inches is the best in the Big 12 so far this season. It’s also the No. 3 mark in the NCAA. Crouser owns the top 10 throws in school history.

“My training and preparation is finally starting to come together,” Piperi said. “I know I still have a lot to work on, but for this early in the season, I was happy to hit that good of a mark.”

Elena Bruckner also won the shot put event, registering a mark of 54-1 1/4. It’s the third straight meet that she’s won the competition. Bruckner also took second place in the weight throw with a mark of 60-6 1/2.

John Burt notched his first win of the season in the 60-meter hurdles, clocking a time of 7.83 seconds.

More field success came in the form of a long jump win by Steffin McCarter. He hit a mark of 25-8 1/4 to lead a trio of Longhorns that finished in the top 5. O’Brien Wasome took second place while Ika Morton finished fifth.

The women capped the victories for Texas with a win in the 1600-meter relay. Serenity Douglas, Kynnedy Flannel, Kennedy Simon and Zola Golden finished the race in 3 minutes, 34.81 seconds for the win. Flannel also took second place in the 60 meters with a time of 7.34.

The Texas track and field team next travels to Lubbock Friday for the Texas Tech Shootout.