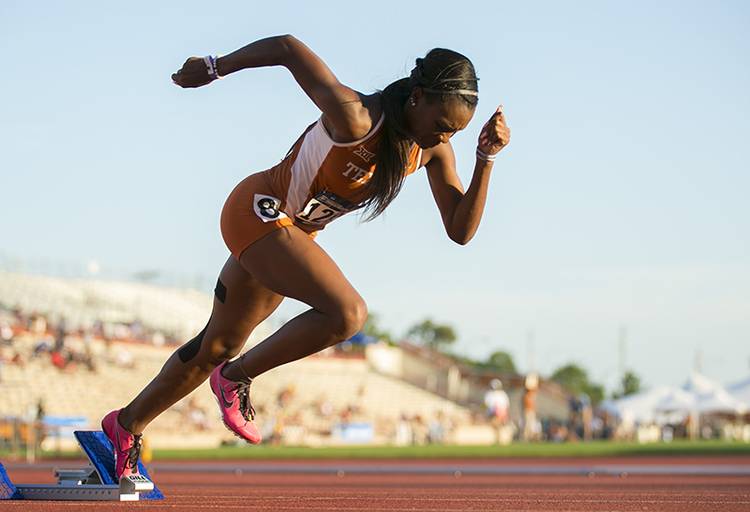 Serenity Douglas of UT competes in the 400 Meter Dash at the NCAA Track and Field Championships West Preliminary at Mike A. Myers Stadium on Thursday May 25, 2017. JAY JANNER / AMERICAN-STATESMAN

A group of runners competed at the JDL DMR Invitational, with the women bringing home a new school record, in Winston-Salem Friday.

The Texas women set a new school record in the distance medley relay with a time of 11 minutes, 10.55 seconds before conversion due to the JDL Fast Track being a 200-meter flat track.

The men took second place in their event, clocking a time of 9:35.29. The team consisted of Alex Rogers, Terry Brown Jr., Sean Prendeville and Sam Worley. Worley just missed finishing the final 1600 meters in under four minutes. He clocked in at 4:00.86.

The Texas track and field team finishes up the regular season Saturday at the Aggie Twilight in College Station.

After that, the Big 12 Indoor Championships begin next Friday in Lubbock.