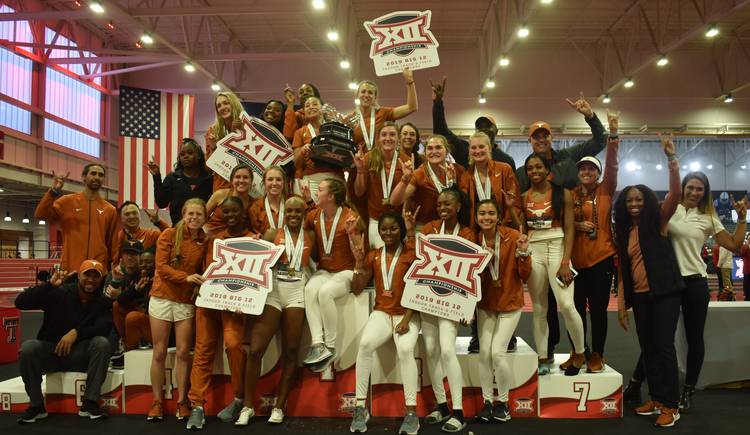 The Longhorns earned a pair of indoor-season honors from the Big 12 on Friday. Kynnedy Flannel earned the title of Big 12 Freshman of the Year while head coach Edrick Floreal took the honor of Big 12 Women’s Coach of the Year.

Flannel won the 200-meter Big 12 title and qualified for the NCAA Indoor Championships. She’s ranked No. 3 in the event entering the championships.

Up next for Texas is the NCAA Indoor Championships in Birmingham, Ala., beginning Friday, March 8.