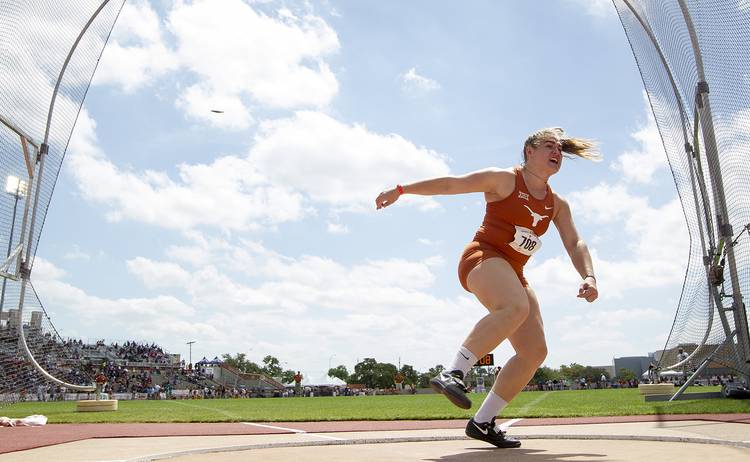 Texas thrower Elena Bruckner competes in the discus competition during the Texas Relays at Mike A. Myers Stadium in Austin on March 31, 2018. [NICK WAGNER / AMERICAN-STATESMAN]

The Texas track and field team started the outdoor season with a trio of wins at the UTSA Invitational on Friday and Saturday.

Elena Bruckner took first place in the discus Saturday with a throw of 175 feet, 2 inches — sixth-best in school history. Bruckner won the event by almost 12 feet.

Bruckner took third in the hammer throw at 181-9 Friday. That’s the fourth-best distance in school history.

On Saturday, Texas also took a couple of top-three finishes. Marleen Guerrero was second in the women’s high jump, and Jared Dupree finished third for the men in the same event. Also Saturday, Virginia Preiss finished fourth in the 800 meters. All three recorded personal bests.