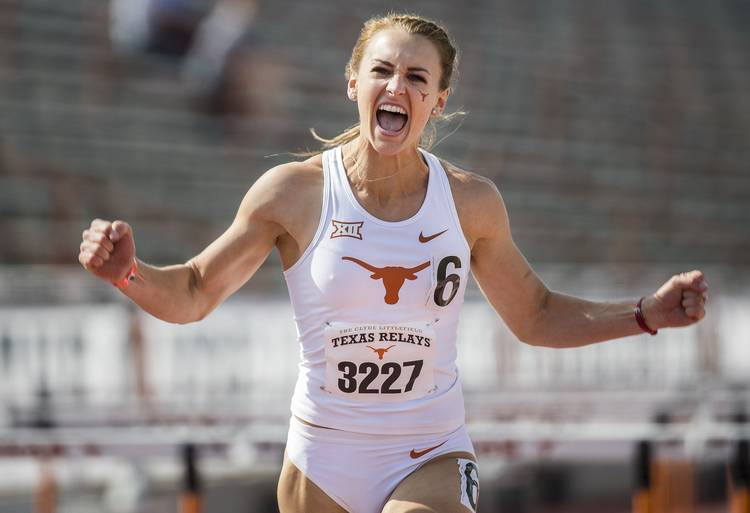 Ashtin Zamzow earned the honor of Big 12 track and field athlete of the week after becoming the first Longhorn to win the heptathlon at the Texas Relays.

Zamzow broke the school’s record in the process of winning the event over the weekend.

The senior posted six personal bests during the competition and broke her school record with 6,148 points. That mark is good enough for second best in the world this year.

Her point total at the Texas Relays is also the fourth-highest in meet history. It’s also the seventh-best score by a collegiate athlete.

Zamzow is the first Longhorn to earn the honor of athlete of the week for Texas this season.