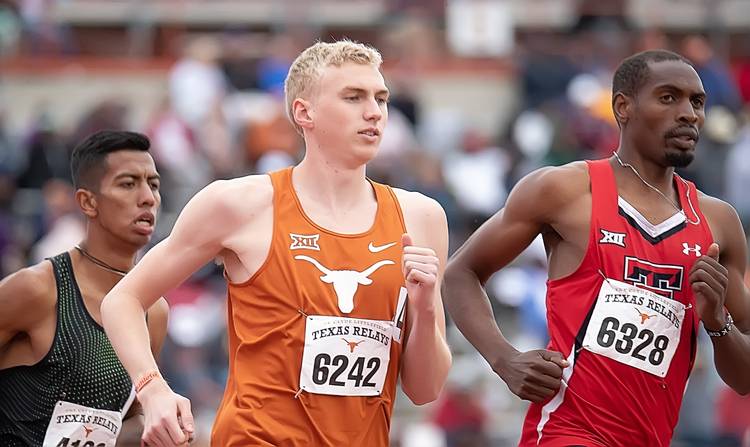 The Texas track and field team earned nine wins and posted a meet record in the sprint medley relay on the first night of the National Relay Championships in Fayetteville, Ark.

On the women’s side, Kynnedy Flannel took second in the 100 as the Longhorns went 2-3 in the race. Flannel beat teammate Julien Alfred by  .01 with a time of 11.38.

John Burt added another victory with his 110-meter hurdles win. He posted a time of 13.70. For the women, Rushelle Burton took third in 13.08.

In field events, Steffin McCarter took second in the long jump while Trevor Danielson finished third in the javelin.