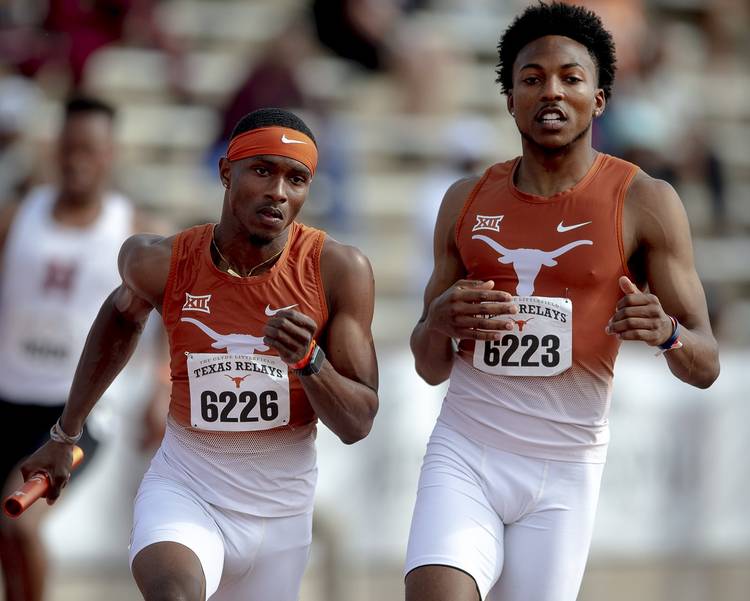 Jonathan Jones set a school record in the 400 meters and the Longhorns made it 11 total qualifiers for the NCAA Championships in Sacramento, Calif., on Friday night.

Jones broke a 27-year-old record as he finished the 400 in 45.02 seconds to take second overall at the NCAA West Preliminaries. He and his teammates will feel at home as the NCAA Championships take place at Mike A. Myers Stadium June 5-8.

Teahna Daniels also had a good day for Texas on Friday, finishing the 100 meters in 10.99 to take first place overall.

Anna McDonald qualified for the women’s 3,000-meter steeplechase as she set a UT record in the event. She finished in 9:58.07. Alex Rogers and John Rice qualified on the men’s side.

Trevor Danielson advanced in the javelin while Zola Golden and Serenity Douglas both qualified in the women’s 400.

Steffin McCarter and Sophia Falco qualified for the NCAA Championships on Thursday. Ashtin Zamzow earned a bid before the NCAA West Preliminaries by ranking No. 1 in the heptathlon.