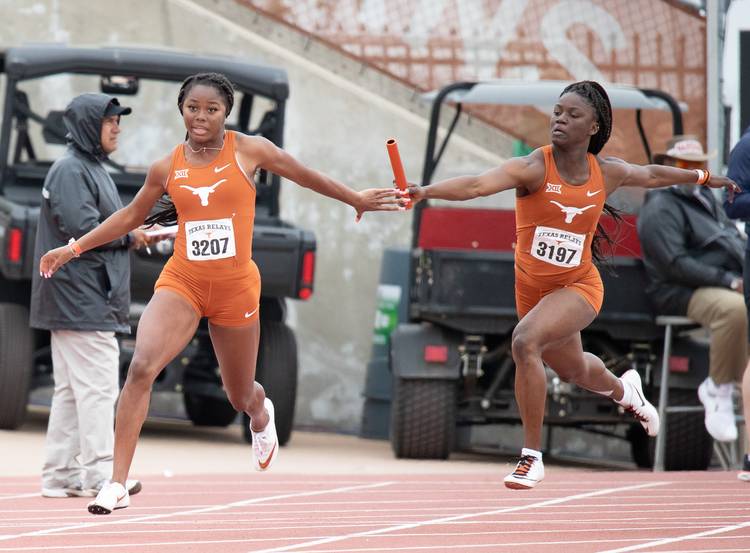 The Texas track and field program finished up split-squad competition Saturday, coming away with two wins and another school record.

Julien Alfred broke the women’s school mark in the 60 meters Saturday, finishing in 7.10 seconds in Albuquerque. That’s the best time in the NCAA and the No. 2 time in the world this season. Previously, Teahna Daniels held the record with a time of 7.11 which she posted during the 2016 NCAA Indoor Championships.

Kennedy Simon also had sprinting success, winning the women’s 400 meters in a time of 52.70, a personal best. It’s also the best time in the NCAA this season.

Elena Bruckner won the shot put event by more than five feet with a mark of 53 feet, 6 1/2 inches. She took third in the weight throw as well.

Jonathan Jones finished the men’s 400 meters in 46.19 to tie for the second best mark in the NCAA this season. He finished second by 0.004 of a second.

Tripp Piperi had the best mark of a collegiate athlete as he put the shot 65-5 1/2.

At the Boston event, Crayton Carrozza finished the men’s mile in 3 minutes, 59.82 seconds. That was good for the fifth-best time in UT history. He’s the sixth Longhorn to finish the mile in under four minutes.