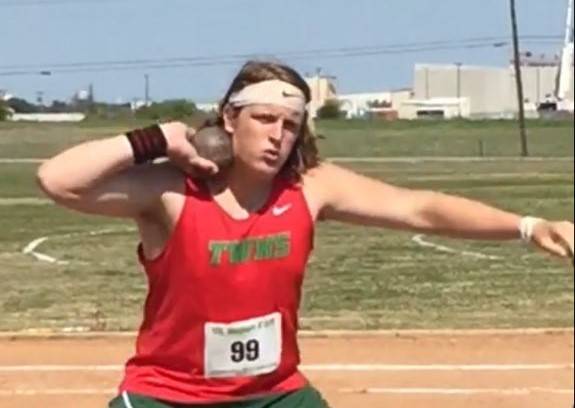 When Patrick Piperi arrives at Texas next year, a familiar face will be waiting for him.

Piperi announced on Monday that he has given a verbal commitment to UT’s track and field program. Piperi is a senior at The Woodlands High. He will compete in throwing events for the Longhorns.

Piperi is the younger brother of Tripp Piperi, a UT sophomore who earned All-American honors in the shot put during this year’s indoor and outdoor seasons.

Excited to announce my commitment to the University of Texas🤘🏼 I want to thank all of the coaches who showed interest and recruited me and I am very grateful for everything they have done for me. This has been the hardest decision but I am excited for the future! @CoachSion pic.twitter.com/dX20BpwDjV

At the Class 6A track meet this past May, Patrick Piperi won a silver medal in the shot put and finished third in the discus. In both events, Piperi was only beaten by seniors who have since graduated.

Piperi will be coached at Texas by Zeb Sion, who was hired in July after spending that last two years at Stanford.

Longhorns in the NFL: More defensive highlights in Week 7