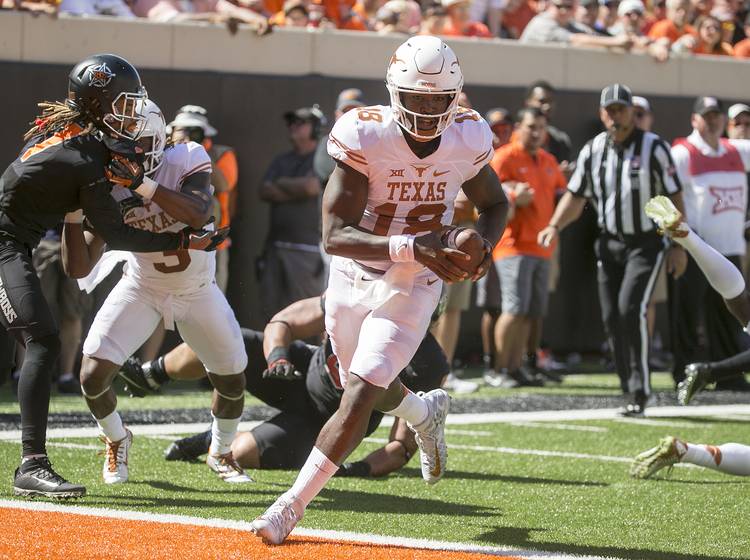 Tyrone Swoopes scored a pair of touchdowns in the first half against Oklahoma State, but he also showed he has some moves off the field.

On the one-year anniversary of the 18-Wheeler package’s debut, Swoopes was spotted doing a little jig on the sidelines. Hey, there’s a lot of time to kill when you’re a situation quarterback.