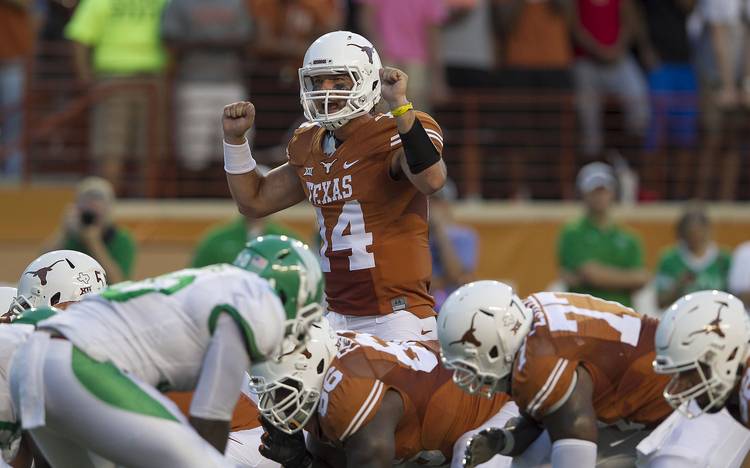 Ash, who did not play baseball in high school, has thrown bullpen sessions with pitching coach Skip Johnson. There are no immediate plans for Ash to join the team this fall.

Ash essentially retired from football last month, weeks after suffering a concussion in the season opener against North Texas. It was the third straight game that Ash played in which he was believed to have suffered a concussion.

It is unclear if Texas would have concerns putting Ash on the pitcher’s mound, where he is susceptible to taking a line drive to the head. For now, both sides are feeling each other out.

Texas must cut seven players by the spring to get down to 35.

On Monday, the Longhorns played the first of three fall intrasquad games. The Orange team beat White, 1-0. They’ll play against Wednesday and next Monday.

Longhorns own the nation in fan hate, survey says