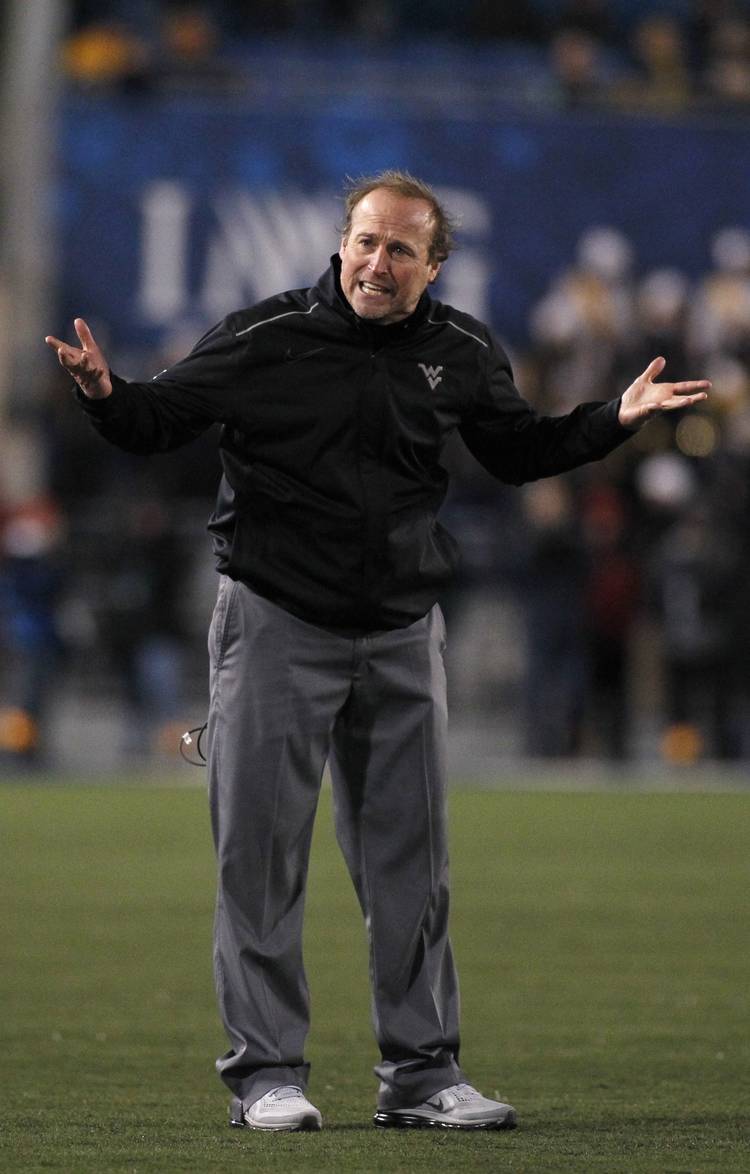 Each week of the football season, Bevo Beat will interview a reporter who covers Texas’ upcoming opponent. Mike Casazza, West Virginia beat writer for the Charleston Dailey Mail, answered five questions about the Mountaineers. Follow him @mikecasazza. Saturday’s game kicks off at 2:30 p.m. from Royal-Memorial Stadium.

Q: What’s led to West Virginia’s improvement from last season (The Mountaineers are 6-3 after finishing 4-8 in 2013)?

A: It’s a collection of elements, but roll them all together and it’s simply an overall improvement across the program. It’s Dana Holgorsen’s fourth season and everyone and everything has aged. That’s not a very exciting answer for people reading this, but it’s true. The offense, defense and special teams returned a lot of players for their second or third seasons. You can do a lot with stability and continuity, especially in an offense like this that’s based on repetition and a “new” defense that’s familiar to a lot of players and easy for the ones who are getting to know it. There’s actual depth on the roster and WVU has used it and benefited in several games. The kickers and the punter are solid and never encounter something new to them. He’ll never say it, because he’d have to reference the past and whatever errors he might have to admit, but I think Holgorsen’s done a much better job as the lighthouse, so to speak. If something goes badly, players and coaches can look at him to be their guide and feel reasonably sure he’s got a plan and that it’ll work. I say reasonably because the TCU game did happen, though much of that was out of his control. That still makes my point: The wheels were wobbling Saturday night and people sort of assumed, “Dana’s got this. No sweat.”

Q: Do you expect the Mountaineers to be motivated or sluggish on Saturday following a heartbreaking loss to TCU?

A: I want to say “neither” because they’re 2-0 after losses and they like playing on the road and because I think the coaches and the leaders in the locker room are good at making sure everyone compartmentalizes things. I think there’s truth and value in that … but these guys have never been through what they’re going through. Saturday was brutal for them. Just brutal. They were devastated and angry and they’ve been a little out of character since. The offensive players weren’t available after the game. On Tuesday the media was asked to not ask any players about the TCU game. That’s not normal, so I have to assume other abnormalities are possible. Did one game hurt that much? Can one team beat another team twice? I find it interesting. WVU lost to Alabama and played at home against Towson from the FCS. WVU lost to Oklahoma and had an open week and then played at home against Kansas, which had just changed coaches. Texas isn’t Towson or Kansas and DKR is not Mountaineer Field. I could definitely see the Mountaineers on their back foot early, but I could also see them up 14-0 after 10 minutes.

Q: Five turnovers? How did WVU even stay in the game?

A: Defense. The Mountaineers are really good at it again and they’re giving good quarterbacks big problems and ordinary quarterbacks enormous problems. Trevone Boykin used Texas Tech to catapult into Heisman Trophy talk and looked very ordinary against WVU’s 3-3-5. Either team could and maybe should have won that game by two scores. WVU had five turnovers on its half of the field and four inside its 30. Three of those were in the first half and WVU allowed zero points. The Mountaineers confused and hurried Boykin and made him throw one pass after a turnover directly to an uncovered safety. Their defense turned up the heat when it needed to and they didn’t get burned, which is a risk they like to take. And yet that same defense blew up a simple Cover 3 play on TCU’s game-winning drive that opened the door for a 40-yard pass and eventually the decisive field goal. But without that defense, TCU rolls.

Q: How much of WVU’s defensive improvement this year can be traced to the addition of former Penn State defensive coordinator Tom Bradley?

A: I think there’s a professionalism and a competence now that wasn’t there before, and that’s going to happen when you bring on one of the best defensive coaches out there. The coaches and players admire him. The defensive line has been solid, even without many stars and through some injuries. They’re prepared before the games and they’re organized on the sidelines in the game, and Bradley is a part of all of that. You’ll never get a real answer on this because he’s so humble and because he defers to the team so much. He doesn’t want the spotlight on him and the coaches respect that wish. If you have conversations in quiet corners with coaches and players, they tell you the truth. He’s been a gift … but Tony Gibson, it turns out, is good, too. I’ll point this out, too, because I think it’s one of the most underrated stats in the country: WVU’s opponents have needed seven or more yards on 78 of 143 third downs this season. That’s ridiculous and it plays right into getting off the field as often as the Mountaineers do. They’re 10th nationally in third down defense, which is stunning if you watched them the past two seasons.

Q: What will define a successful season in Morgantown?

A: There’s no right answer for fans of the Mountaineers, which is why they’re so great. The “What if?” after the TCU game will spoil what happens the rest of the way for many fans. Many others realize the Mountaineers were one play away from winning that game and having two wins against top-five teams. Some see WVU has been bowl eligible for two weeks now, which only a few were bold enough to predict and believe in August. Others think the Mountaineers lost a chance at, you know, the College Football Playoff or larger bowls. I think WVU’s good enough to win its final three games, but I think 8-4 would satisfy most, so long as the final ranking is above Marshall’s. There are a lot of teams that’d rather not see WVU in a bowl, too. Nightmare scenario: Heart of Dallas Bowl v. Marshall!

Darius James out for Saturday’s game against West Virginia