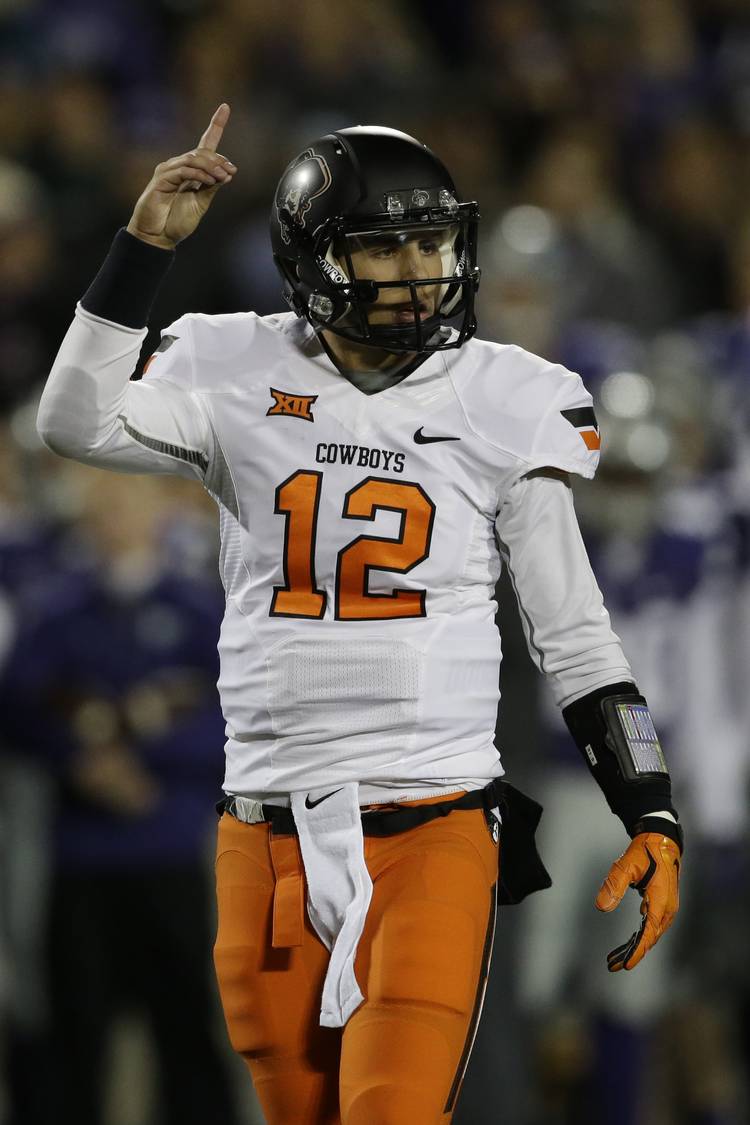 Each week of the football season, Bevo Beat will interview a reporter who covers Texas’ upcoming opponent. Kyle Fredrickson, Oklahoma State beat writer for The Oklahoman, answered five questions about the Cowboys. Follow him @KyleFredickson. Saturday’s game kicks off at 6:30 p.m. in Stillwater.

Q: Was Oklahoma State’s 5-1 start a facade? Looks the Cowboys got fat and happy feasting on bad teams.

A: It certainly was. And yes, playing lesser teams five-straight weeks after narrowly falling to Florida State in the opener was a big factor. But what’s even more clear when addressing OSU’s recent slide (the Cowboys have been outscored 124-33 the past three games) is that opponents now have plenty of film on this Daxx Garman led offense and have figured out how to shut it down. OSU thrived on the deep ball early in the year, but teams have since given the Cowboys’ athletic and rangy wideouts plenty of cushion. That’s forced Garman to make tough reads and to hold on to the ball longer. With a constant struggle to establish a run game with an inexperienced offensive line, it’s been a recipe for disaster.

Q: How much of a drop off has there been going from J.W. Walsh to Garman at quarterback?

A: There’s no doubt this team would be better off with Walsh, but not simply based on which guy is more talented. Walsh’s mobility would completely change this Cowboy offense. His ability to thrive in zone-read option sets would take pressure off the offensive line and force defenses to respect the run, reopening those passing lanes downfield. Would the Cowboys have beaten TCU, West Virginia and Kansas State with Walsh? Probably not. But my guess is those losses wouldn’t have been such blowouts. And OSU would be more confident heading into Saturday, that’s for sure.

Q: How has the offensive line looked with line coach Joe Wickline now at Texas?

A: It’s dropped off considerably since Wickline left. But there were more forces at work than just his departure that led to the fall in production. OSU lost two senior starters from a year ago, two more former starters suffered injuries and have yet to return, and two linemen with one year of eligibility remaining left the program early. It’s gotten so bad that a freshman walk-on has been rotating in at center. First-year offensive line coach Bob Connelly has had one of the most difficult jobs on staff this year, molding an incredibly young unit in the shadow of Wickline.

Q: There was a lot of hype surrounding Tyreek Hill coming into the season. Has he been the playmaker most envisioned?

A: He has flashed that playmaking ability at times, especially with consecutive kick return touchdowns against Kansas and Iowa State. But his potential on offense has hardly been fulfilled to this point. He’s been effective as a receiver and runner, but his per game averages don’t jump off the page: 47 rushing yards and 27 receiving yards. Hill was used as the primary running back against Kansas State and flourished. His 102 yards rushing marked the first time a Cowboy has reached the century mark in a single game this season. I’d expect of heavy dose of Hill in the backfield on Saturday. With continued development at the position and his world-class speed, he could be very dangerous in the future.

Q: With road games at Baylor and Oklahoma to close the season, does OSU feel a sense of urgency to get bowl eligible this week?

A: Absolutely. Coaches and players have downplayed the significance of Saturday and bowl eligibility, but they know its their best shot at postseason play. And after three-straight weeks of double-digit losses, the also need something to bring fans back in the fold. If OSU loses on Saturday, there are going to be plenty of Cowboy faithful already looking ahead to next season.