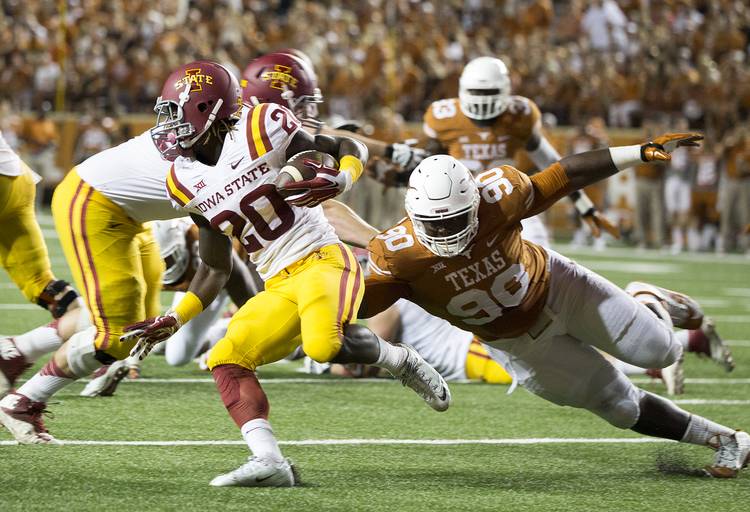 Considered among the finest defensive players nationally, Texas’ Malcom Brown was not shown the same love by his conference brethren.

Brown, a junior defensive tackle, was named first-team All-Big 12 by the league’s coaches on Wednesday but was passed over for two defensive awards in favor of TCU’s Paul Dawson (player of the year) and Oklahoma State’s Emmanuel Ogbah (lineman of the year).

TCU’s Gary Patterson was named coach of the year.

The awards were voted on by the conference’s coaches.

This week, Texas’ Brown was one of three finalists for the Bronko Nagurski Trophy, given annually to the nation’s top defensive player. Arizona linebacker Scooby Wright won.

Brown is also a finalist for the Outland Trophy, given annually to the nation’s top interior lineman. On Thursday, the winner will be announced among five finalists.

Texas has not had an offensive player named to the first team since Colt McCoy in 2009.

On Monday, the media that covers the league named Malcom Brown first-team, and placed Reed, Hicks, and Harris on second team.