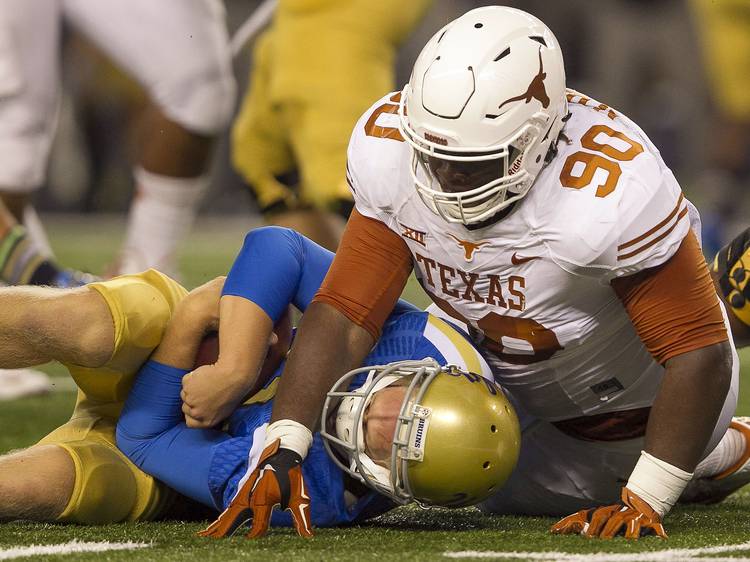 NFL scouts have shied away from drafting Texas players in recent years. The Longhorns didn’t have anyone selected last year, snapping an annual string that dated back to 1937.

While it’s not official yet that Brown is leaving, the junior defensive tackle has a second-round grade, according to Kiper. Texas coach Charlie Strong said Tuesday that he has yet to speak with Brown about his future plans, but few expect the Outland Trophy finalist to stay one more season.

“I like what I see in Malcom Brown,” Kiper said Thursday during an ESPN conference call. “As I’ve said, I think he’s a second-round pick. This guy can penetrate, he’s disruptive. He’s a tough, tough guy to handle along the interior. He can break you down and wreak some havoc.

“So I would say second round for Malcom Brown is a distinct possibility.”

Brown was a finalist for the Bronko Nagurski Trophy, presented annually to the nation’s best defensive player. Arizona linebacker Scooby Wright III won the award at a dinner Monday night in Charlotte, N.C.

When asked Monday by the American-Statesman if he would stay, Brown said, “I can’t say. It is in the middle.”

In November, Brown told reporters after practice that he would turn pro if he received a first- or second-round grade.

Brown was the first defensive tackle to lead the Longhorns in sacks (6 1/2) in more than a decade. He finished with a team-high 14 tackles for loss and six quarterback pressures.