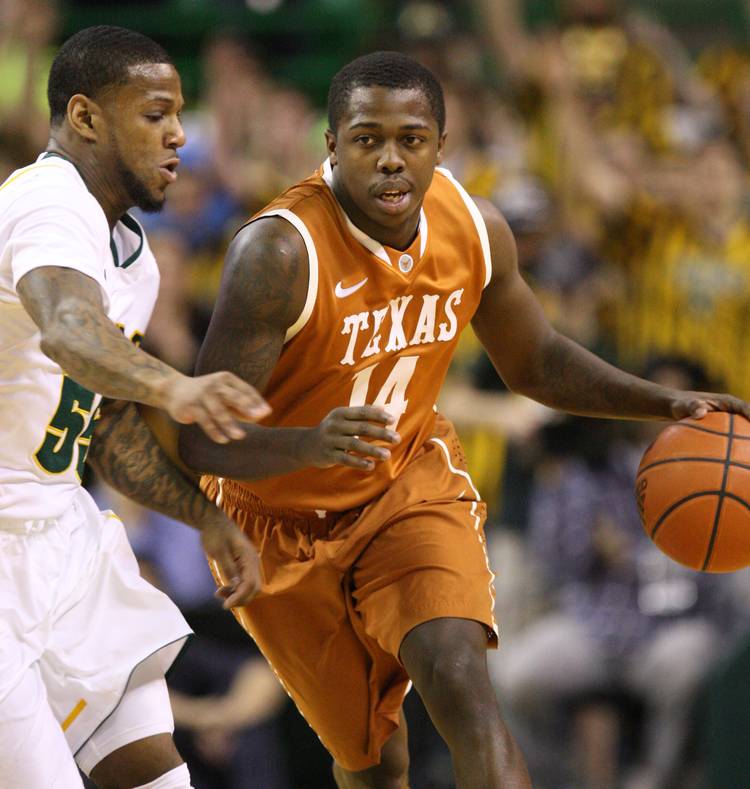 Former Texas player J'Covan Brown was one of two Longhorns athletes named in a probe about a former "fixer" by The Chronicle of Higher Education.

UPDATE: 3:15 p.m. Includes statement from the University of Texas.

Former Texas basketball player J’Covan Brown was one of two Longhorns that allegedly received assistance from a person known to help players cheat to obtain their college eligibility, according to a published report.

In an expansive report published Wednesday by The Chronicle of Higher Education, a 42-year-old “fixer” described only as Mr. White provided numerous players with tests and handwritten notes to get through classes.

Brown, who played at Texas from 2010-12, was one of the few players singled out by name in the report. The other player remains anonymous. The Chronicle states that Mr. White helped two players at Texas, although the allegations would have happened before the players arrived in Austin.

“The University of Texas has launched an investigation into allegations that a former student-athlete received help with high school course work prior to his enrollment in the university,” said Patricia Ohlendorf, UT’s vice president for legal affairs. “The university recently learned of these allegations from the Chronicle of Higher Education as well as a similar general allegation about an unnamed former student-athlete.

“The university had no previous knowledge of these allegations,” UT’s statement continued. “The individual who is accused of providing assistance to multiple student-athletes around the country, mentioned in the Chronicle story, has never been affiliated with the university. The university takes these issues seriously and these allegations have been discussed between athletics and the university’s central administration. In accordance with our normal practices, a full investigation has begun to determine whether there were any violations of NCAA, Big 12 or university rules.”

According to the report, Mr. White helped Brown enroll in three courses at BYU and did all the work on the guard’s behalf. Brown confirmed to The Chronicle that he had been enrolled at BYU but did not accept answers for tests or have anyone do the work for him.

Brown is now playing basketball professionally in Russia, according to the report.

“Really to tell you I was disappointed in myself for letting myself not stay focus in high school like I should have been but u live and you learn,” Brown told The Chronicle via text in October. “That was a dark time in my life.”

Chris Plonsky, who oversees the athletic department’s academic affairs, told The Chronicle she was disappointed in the allegations and that the university planned to investigate.

“Whether our coaches were involved or not,” Plonksy said, “it’s pretty sobering.”

Read the full article published by The Chronicle of Higher Education