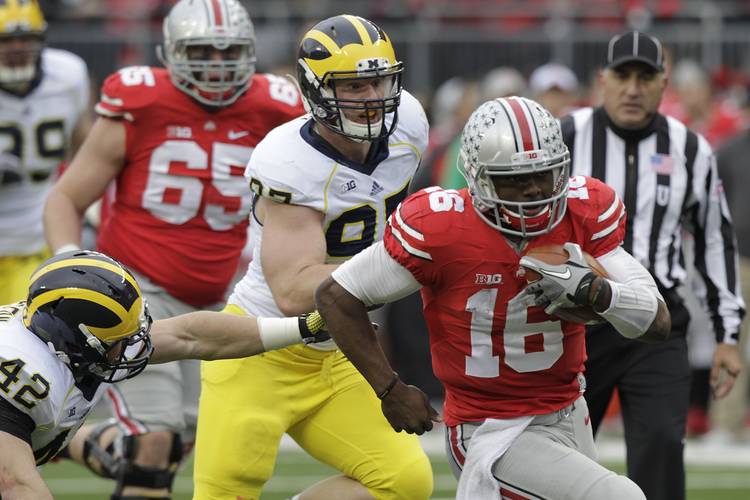 At least one Texas high school coach has no sympathy for the Longhorns’ current quarterback plight.

The Cleveland Plain Dealer did an expansive profile on J.T. Barrett, Ohio State’s No. 2 quarterback who replaced Braxton Miller but suffered a broken ankle and gave way to Cardale Jones.

Barrett’s high school coach Marc Bindel at Wichita Falls Rider has no love-loss for former Texas coach Mack Brown and the former Texas assistants, who apparently had no interest in recruiting a future Heisman Trophy contender.

“I was, at the time, a big Texas fan,” Bindel told the Cleveland Plain Dealer. “I wasn’t really happy with the way (Barrett) got treated. I felt like they mislead him a little bit and they chose to go Tyrone Swoopes and not offer J.T. I don’t know if J.T. would have gone there had he not gotten offered, but Texas, I don’t feel like handled the situation the right way.

“They don’t have a quarterback and Ohio State has three.”

Bindel appears certain that Barrett will contend for the starting job next season with the national-champion Buckeyes.

“We haven’t even seen the best version of him yet,” Bindel said.

Brown was criticized endlessly for missing on quarterback recruits during his 16-year tenure.

Now, the Longhorns have just two scholarship quarterbacks currently on the roster — Swoopes, who started 12 games last season, and backup Jerrod Heard. The Horns are expected to sign Albuquerque’s Zach Gentry, a 6-foot-7 pro-style passer, in the 2015 recruiting class.

Current Texas coach Charlie Strong has said he wants to sign one more quarterback this February. It’s still unclear whether that will be a high school recruit or a junior college transfer.