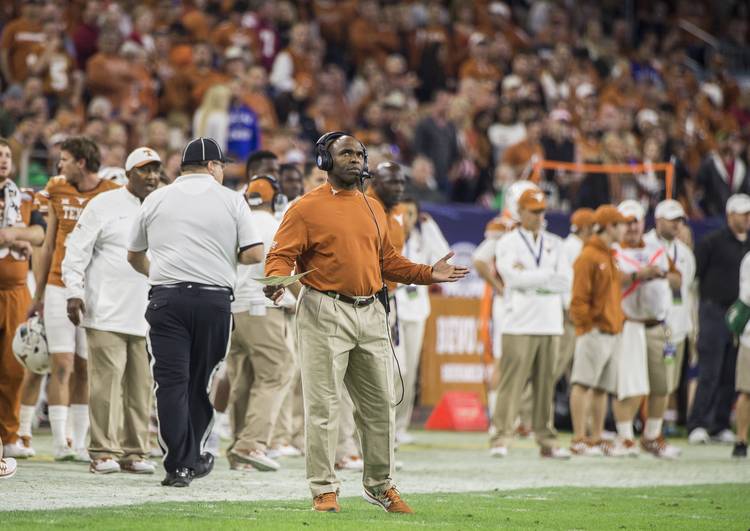 Texas football coach Charlie Strong is expected to testify in a three-day trial in Louisville brought on by a former player of Strong’s who said the coached went back on his promise to renew the player’s scholarship.

The trial, which has been reported on by the Courier-Journal, is set to begin Tuesday in Jefferson Circuit Court.

Former Louisville linebacker Patrick Grant is accusing Strong of reneging on a promise to renew Grant’s scholarship through graduate school. In 2010, Strong’s first as Louisville’s coach, Grant was beaten badly by two teammates and nearly lost his eye. He quit the team, although the reasons are being disputed.

The Courier-Journal reports a he said-she said squabble.

In an interview with the paper, Grant’s lawyer, Scott Zoppoth, said Strong and the university breached their promise — and basic decency — in reneging on the offer. “This is a case of a promise made and a promise broken,” Zoppoth said.

And in a deposition, Strong said that once Grant finished his undergraduate degree in December 2011 — and was no longer playing — the university’s obligation to him was over.

“I mean, why would you give a kid five years if he isn’t playing?” Strong said. “I have 85 scholarships. What if every kid told me when he graduated, ‘I want to continue to go to school, Coach?’ How would I fill up my other class?”

Grant’s team would appear to be the underdog, as they have no witnesses or documentation to support the claim that Strong agreed to renew the scholarship.

Grant is seeking compensatory damages and an injunction restoring his scholarship.

Texas checks in at No. 6 in preseason baseball poll