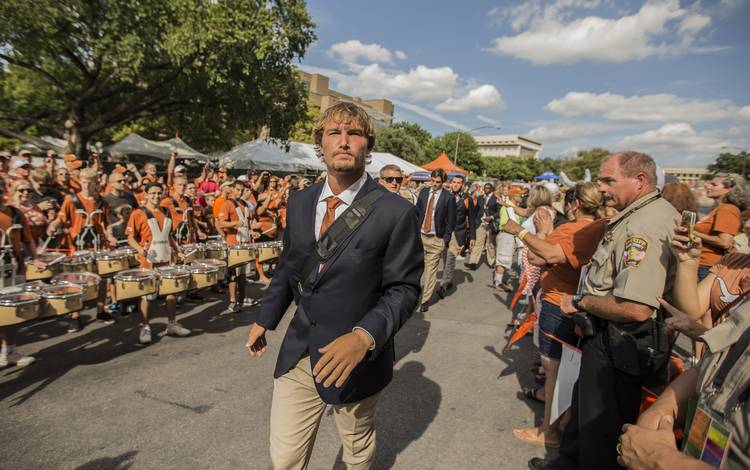 In what would have been a neat story if for a different ending, Ash has been left off of the 35-man roster at Texas, according to a school spokesman.

The Longhorns begin practice this Friday without Ash, the former Longhorns quarterback who turned to baseball in the fall after retiring from football over concussions. Ash threw some bullpen sessions with pitching coach Skip Johnson, trying his hand at a sport he had never played seriously. All parties acknowledged the unlikeliness of anything coming from it.

Even before Ash showed up, Texas knew it would have to trim its roster by seven players.

Bohls and Golden chatting at 11 a.m.