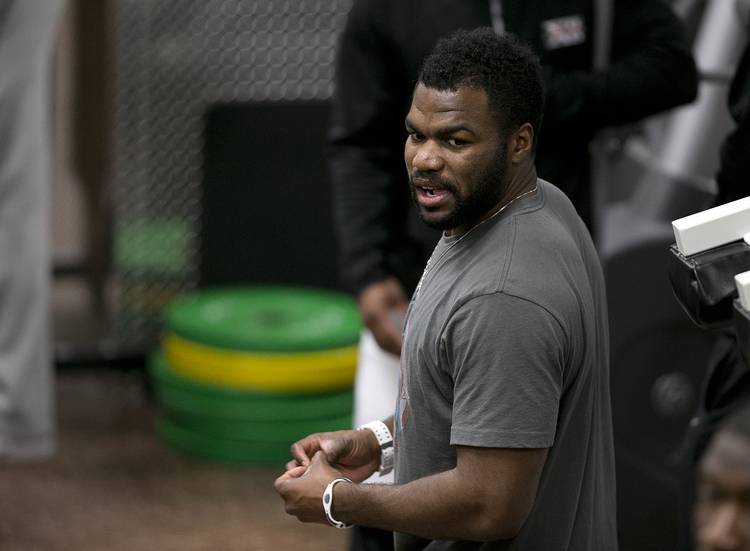 The always brilliant Key & Peele have reprised their East/West Bowl sketch with a pro football edition ahead of Sunday’s Super Bowl, and there’s a familiar face in the lineup: Former Longhorns football player Fozzy Whittaker.

In the first East/West Bowl to feature actual football players, the Carolina running back is joined by Ha Ha Clinton-Dix, D’Brickashaw Ferguson and Frostee Rucker, among others. Stay tuned till the end for Aaron Rodgers’ perfect nod to another Key & Peele favorite.

The comedy duo’s Super Bowl special airs at 9 p.m. Friday on Comedy Central. To hold you over until then, we’ve got more East/West Bowl below: