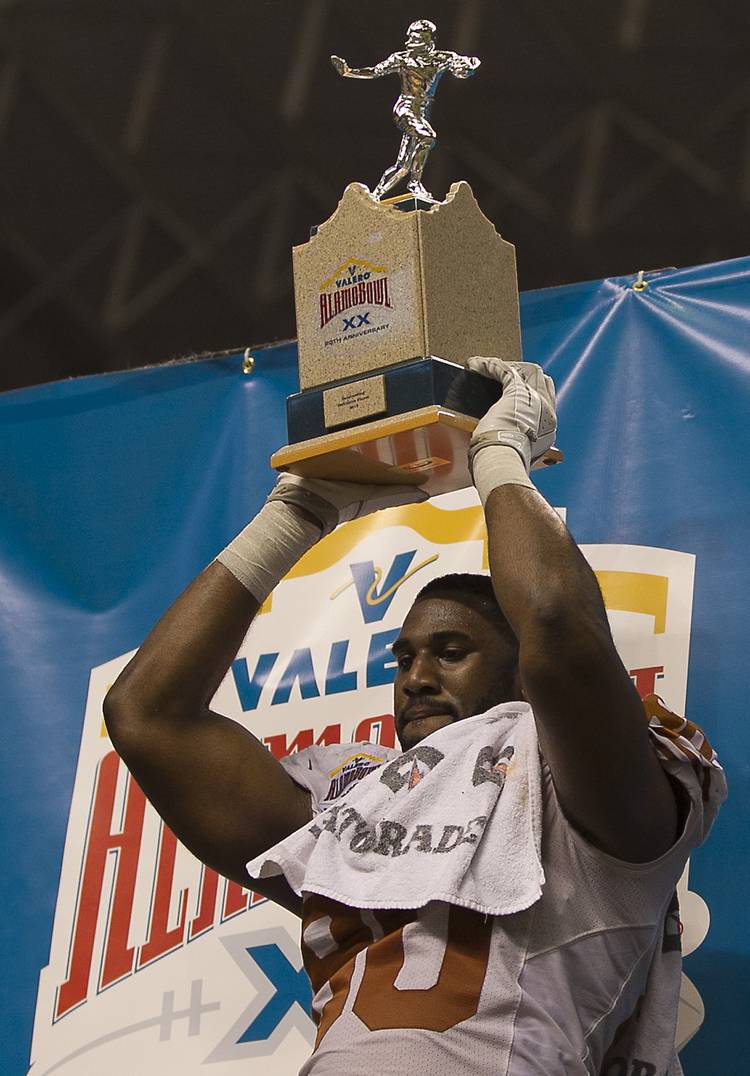 Alex Okafor was the defensive MVP in the Longhorns' 31-27 win over Oregon State in the Alamo Bowl in 2012. (Rodolfo Gonzalez / American-Statesman)

Okafor, a linebacker for the Arizona Cardinals who also played for Pflugerville High School, was charged with evading arrest, police said. He also had a warrant out for his arrest on a previous Class C misdemeanor charge, but police did not immediately know the nature of that offense.

Police spokesman David Boyd said officers responded to a disturbance in the downtown entertainment district and that when they attempted to question Okafor, he fled on foot. Officers booked Okafor into the Travis County Jail around 2 a.m. today.

Boyd said he did not have additional information on the disturbance that led to the police involvement.

Okafor played for the Longhorns from 2009-12 and was drafted in the fourth round by the Arizona Cardinals. He had eight sacks in 13 games last season.

His highlight reel features a series of bold sacks and tenacious tackles.

UPDATE: New details have been added to the original version of this blog post.