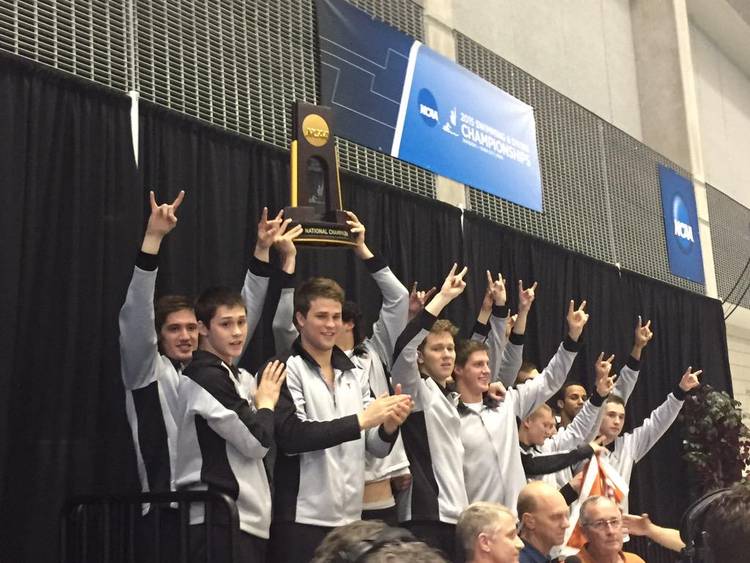 Texas won its 11th NCAA swimming and diving championship, allowing coach Eddie Reese to make history.
Reese’s 11 titles tied Ohio State’s Mike Peppe for the winningest men’s swimming coach in NCAA history. But Reese is the only coach to lead a team to championships in four separate decades. Reese won his first in 1981. It’s been five years since he won title No. 10.
The Longhorns led from start to finish in the three-day meet, hosted by the University of Iowa. Thursday’s first event. UT won seven national titles.
On Saturday, Texas’ lead never dipped below 100 points. Their margin of victory over defending national champion California was 129 points.

Both Licon and Schooling have won two titles. Licon was victorious in the 400 individual medley Friday night. He also was second in the 200 I.M.

Schooling won the 100 fly, where he also beat Conger.

Shaka, Shocker or someone else? Who replaces Rick Barnes?