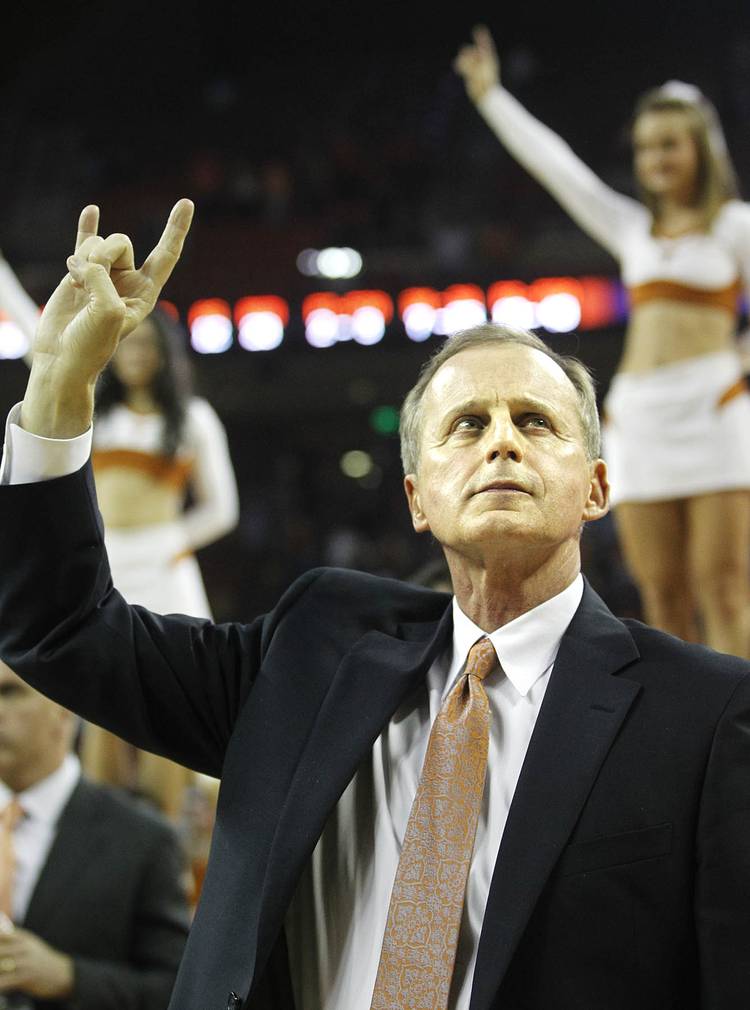 The high-level source, who is familiar with the situation, said school officials reached their final decision Saturday and plan on making an announcement either Sunday or Monday.

It’s unknown what has been communicated to Barnes, who has not returned messages left by the Statesman.

Texas hopes to hire Barnes’ successor “within a week,” the source said. It’s not clear whether Texas Men’s Athletic Director Steve Patterson would handle the search by himself or utilize a search firm, like the school did before hiring Patterson as the AD and football coach Charlie Strong.

It’s believed that officials did not want to make an announcement on men’s basketball to take away from the men’s swimming and diving team possibly winning the NCAA national championship in Iowa on Saturday night.

Patterson did not return a message left by the Statesman on Saturday afternoon.

Patterson has met with Barnes at least twice face to face and asked the 60-year-old coach to make changes, the American-Statesman reported Thursday. This season, the Horns finished tied for sixth in the Big 12 standings and posted a 20-14 overall record.

It’s believed Patterson asked Barnes to at least change some of his assistant coaches or risk being fired. After the team was eliminated from the NCAA Tournament against Butler, Barnes said he believed the assistant coaches were not the problem.

“I don’t want you guys to create stories here, OK?,” Barnes said after the Butler game. “We analyze our program every year, and I think I’ve got a great staff.”

Barnes earned $2.55 million this season and another $125,000 bonus just for making the NCAA tournament. According to USA Today, Barnes was the 11th-highest paid coach in Division I this season.

According to the terms of his contract, Barnes would receive a $1.75 million severance package if he’s terminated by the end of the month. That number drops to $1.5 million on Wednesday.

Photos: Rick Barnes through the years

Shaka, Shocker or someone else? Who replaces Rick Barnes?