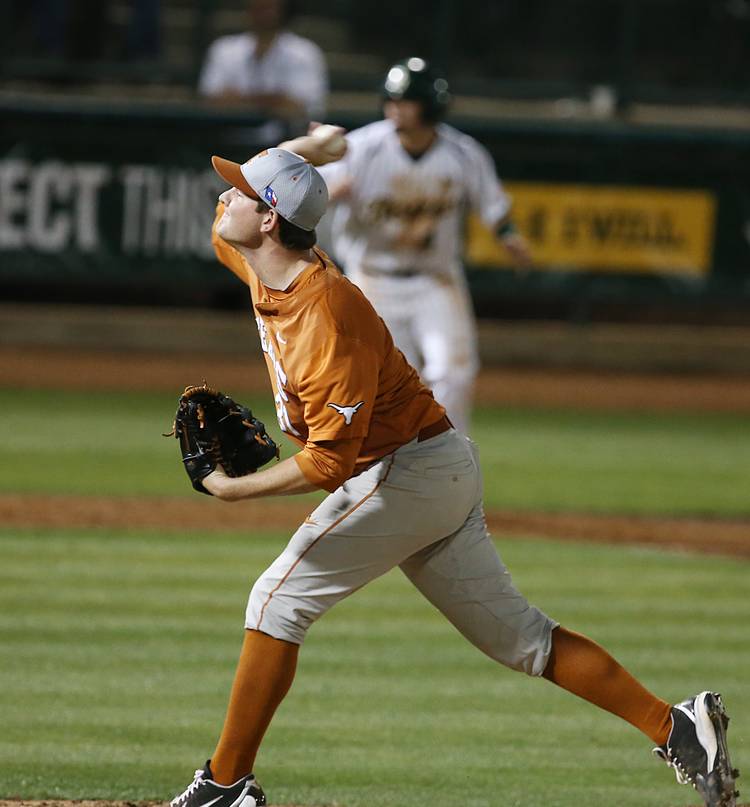 Chad Hollingsworth, pitching despite a weak shoulder, lasted just one inning in Sunday's loss at TCU.

Texas RHP Chad Hollingsworth will miss his start this weekend against Oklahoma with a shoulder injury, according to Longhorns coach Augie Garrido.

Garrido said on Thursday that he’s considering three pitchers — freshman right-handers Connor Mayes and Kyle Johnson, and left-hander Josh Sawyer — to work Sunday’s series finale. The decision will be made sometime this weekend.

Last Saturday at Oklahoma State, Hollingsworth lasted 4 1/3 innings and surrendered three runs on seven hits. On the season, he is 3-3 with a 4.58 ERA.

Garrido said Hollingsworth will see an arm specialist on Tuesday.

“We haven’t identified the specific cause of the injury,” Garrido said. “It gives him pain when he throws hard, when he really tries to get a fastball by somebody and dig deeper.”