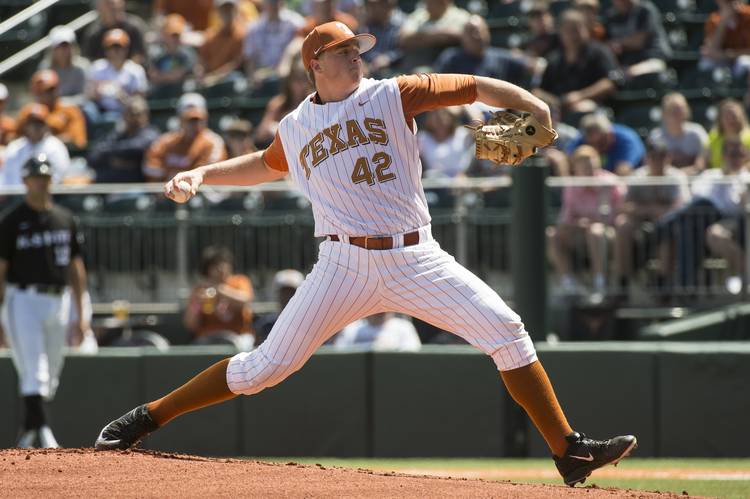 Kacy Clemens will not pitch this weekend at TCU.

Texas’ beaten-up pitching rotation has taken another hit, as Kacy Clemens has been scratched for a pivotal weekend series at TCU.

On Thursday, Longhorns pitching coach Skip Johnson said Clemens, a sophomore right-hander, is dealing with more arm soreness than normal following Sunday’s start at Kansas. A timetable for his return is unknown.

“The soreness wasn’t as normal as it was at the beginning of the season,” said Johnson, who filled in at the team’s scheduled mid-week press conference for head coach Augie Garrido. “We’re not gonna try to sacrifice a win for a kid’s career.”

Additionally, Johnson said he is not sure if RHP Chad Hollingsworth (shoulder soreness) will be back this weekend. Hollingsworth did not make the trip to Kansas and has not pitched since coming on in relief April 12 against Oklahoma.

So this leaves Texas with the following likely rotation: Parker French, Friday; Ty Culbreth, Saturday; and Hollingsworth or someone else Sunday.

Culbreth, who has worked out of the bullpen all season, made his first start Saturday at Kansas, working four innings. He gave up three runs on five hits.

No. 5 TCU has also tweaked its rotation, promoting mid-week starter Tyler Alexander (3-2, 2.92) to the Friday role. To make room for the left-hander Alexander, Mitchell Traver (6-1, 1.93) is heading to the mid-week role.