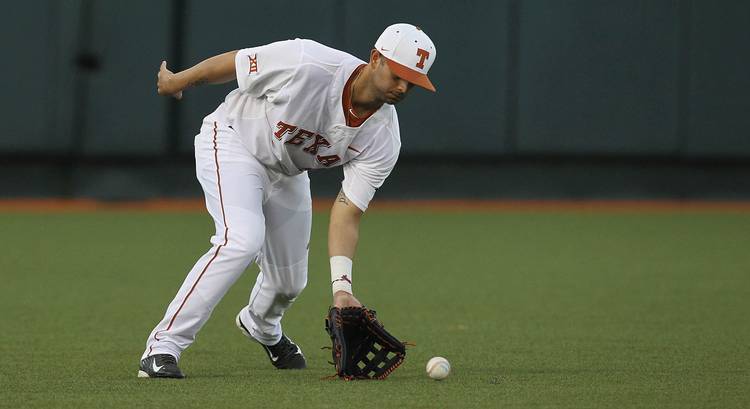 C.J Hinojosa made two fielding errors, including one to spark TCU's six-run seventh-inning.

Why Texas (22-21, 8-9) lost: Where to begin? How about TCU’s six-run seventh-inning. All of the runs were unearned after shortstop C.J Hinojosa couldn’t scoop up a routine grounder with two outs and made his second fielding error of the game. LHP Kirby Bellow came on to start the inning and ended up walking two batters with the bases loaded, both on four pitches. After a pitching change, TCU’s Derek Odell greeted LHP Jon Malmin with a bases-clearing double to left-center. Should Texas fail to make the post season, this inning will be as significant as anything that happened this season.

Why TCU (33-8, 9-5) won: With bases loaded and one out in the sixth, TCU starter Tyler Alexander struck out Collin Shaw swinging. After a pitching change, Brian Triegloff caught Hinojosa looking. Buzzkill. That kept the score knotted 3-3.