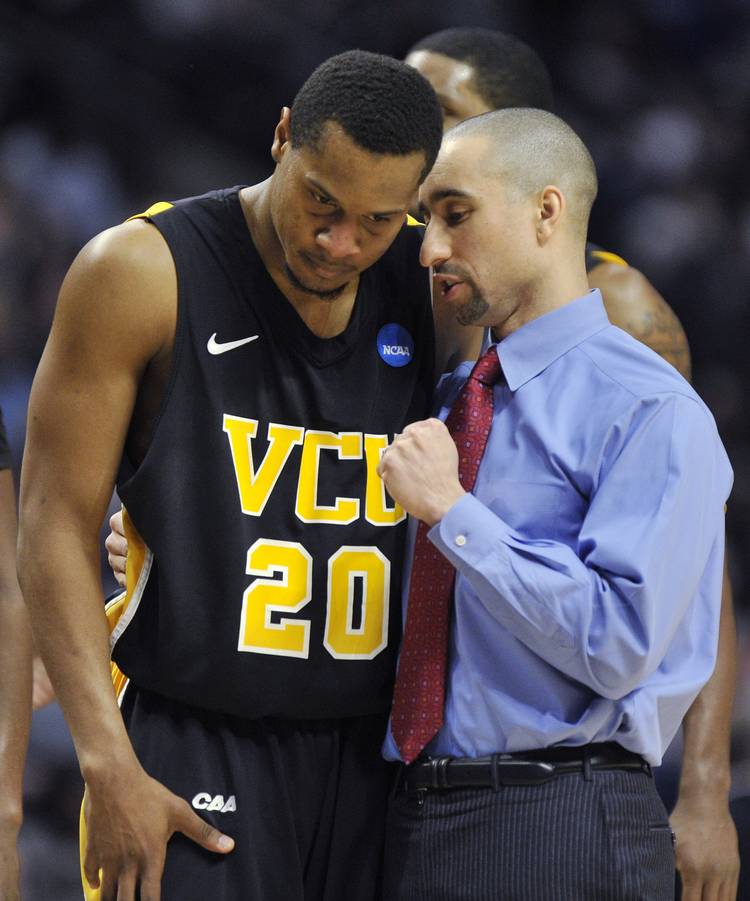 Texas basketball fans were energized over the weekend when point guard Isaiah Taylor announced he was sticking with the Longhorns and skipping the NBA draft. Give former VCU star Briante Weber a little credit for helping nudge Taylor toward that decision.

Weber told the American-Statesman last week he’d been communicating with Taylor through social media and talking up the Longhorns’ new coach, Shaka Smart.

In an interview last Thursday, Weber made it crystal clear he’d do anything to get one more year under Smart.

“He’s so psychological, so philosophical, he knows so much, he wants to teach so bad,” Weber said. “He’s just a constant thinker.”

So what did he tell Taylor?

“I told him, if you stay at Texas, I’m pretty sure that coach Smart is going to get the best out of you,” Weber said. “He’s one of those coaches that lets his players play.

“People may leave, because they may need that at that time,” Theus said. “But if I was to be able to talk with (Taylor), I’d say you should play for coach Smart. It will change your life. Definitely. Any player out there, you should play for coach Smart. You’ll become a better player, definitely. But you’ll become a better person.”

Weber and Theus’ comments were merely the first of many who wanted to praise Smart and his wife, Maya, for their efforts at Virginia Commonwealth. The American-Statesman profiled Smart’s time in Richmond in Sunday’s paper. Another story also featured Smart’s first detailed thoughts on whether Texas should use the phrase “Havoc” to describe the Longhorns’ new style of play. Havoc is widely considered to be VCU’s trademark phrase.

As one might expect, there were a bunch of nuggets that didn’t make it, due to space considerations. That said, here are some other interesting tidbits from three days in Richmond last week:

— VCU athletic director Ed McLaughlin said he’s spoken with Texas’ Steve Patterson, and it seems the Horns will play the Rams in a home-and-home series in the future, per the terms of Smart’s VCU contract. Patterson had already said “we will honor the contract.”

“We don’t have a date yet,” McLaughlin said. “But we’re looking froward to playing them and having him come bak to the Siegel Center. I talked to Steve about it, and we both thought it would be a good idea.”

“You just keep going,” Hinton said. “If someone commits a foul, you take the ball out and go. We use a 14 second shot clock. It pays to be a winner. If you’re losing, you’re going to run. He’s a great motivator. You can’t have defense without tough skin. If you come in there with your head down, he’ll call you out.”

— Robby Robinson holds two jobs. He’s the point person on corporate accounts for the athletic department, making him a crucial fundraise. But Robinson is also the radio play-by-play voice of the Rams.

Robinson had some advice for the Longhorn Foundation: get Smart out there now. After six seasons at VCU, Robinson said he didn’t ask Smart to meet with many donors because that took away from his coaching time.

“Glad-handing? We just didn’t ask him to do a ton of that,” Robinson said. “Mainly because we had a real trust in him that everything he did was to improve the student-athletes’ experience. I’d rather him do that and us win 20-something games a year than him come with me, sit next to a guy at lunch and us finish 18-12.”

— As mentioned in the Sunday story, Smart has an impressive, almost intimidating, intellect. During an interview with the Statesman, Smart was asked who are his mentors, someone he learned from or respects. The first name he mentioned was Jack Clark, the rugby coach at California.

Clark had been to VCU for some speaking engagements, and he and Smart simply clicked.

“There’s a lot of egomaniacs in our profession,” Clark said. “Guys who are just waiting to talk. Shaka can get on his feet an hold the room as well as anyone, but I think he’s most impressive in dialogue. I think people are going to be impressed every day.

Can Smart win at Texas?

“I get that winning is hard and you’ve got to build to that success, so who knows?,” Clark said. “You don’t want to create expectations for your friends.”

— John McGuire owns SEAL Team Physical Training, Inc., in Richmond. He’s the one Smart called on to put his team through various Navy SEAL drills as a team-building experience each September.

All signs are indicating that McGuire will come to Austin later this year and put the Longhorns through a similar regimen.

Join Kirk and Ced for a live chat now