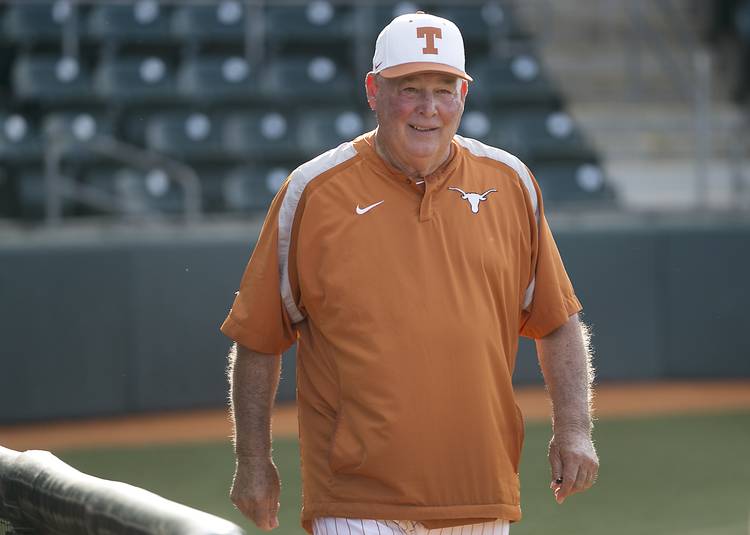 Augie Garrido is the winningest coach in college baseball history

Under scrutiny for his team’s underachieving season, Texas baseball coach Augie Garrido says he won’t quit and is determined to turn around the program.

Wednesday on Longhorn Network’s Game Plan with Augie Garrido, the 19th-year Longhorns coach was reminded by host Lowell Galindo of the effect losing has on him. That prompted this response from Garrido:

“If it didn’t rip me apart then it would be time for me to step down. But it’s not time.”

Garrido, 76, went on to say he can correct the issues that led to this year’s swift decline after starting the season in the top-10. After canceling Tuesday’s game against Texas State over lightning, the Longhorns are just 24-24 and 9-12 in the Big 12. Their RPI is No. 98, meaning Texas must likely win the Big 12 tournament to get a regional berth.

Garrido’s contract, which pays him more than $1 million annually, was extended by two years after Texas’ appearance in the College World Series last season. It expires. after the 2017 season.

QB Everett Golson transferring from Notre Dame … but to where?