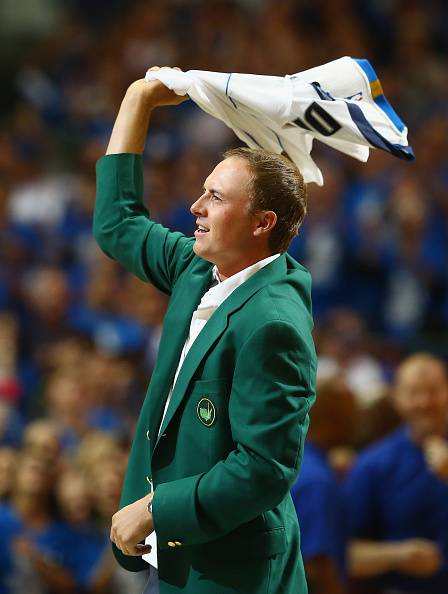 DALLAS, TX - APRIL 26: Jordan Spieth, winner of the 2015 Masters Tournament wears his green jacket while cheering the crowd on during Game Four of the Western Conference quarterfinals of the 2015 NBA Playoffs at American Airlines Center on April 26, 2015 in Dallas, Texas. NOTE TO USER: User expressly acknowledges and agrees that, by downloading and or using this photograph, User is consenting to the terms and conditions of the Getty Images License Agreement. (Photo by Ronald Martinez/Getty Images)

Former Texas Longhorn star Jordan Spieth has been named as the third most marketable athlete in the world.

Sports Pro Magazine came up with the list. CNN.com analyzed some of the data here. CNN said the rankings were based, in part, on the Celebrity Davie-Brown Index, which “measures consumer perceptions” of more than 5,600 celebrities around the world.

The two athletes who were ahead of Spieth, this year’s winner of the Masters:

Rounding out the top five were soccer great David Beckham