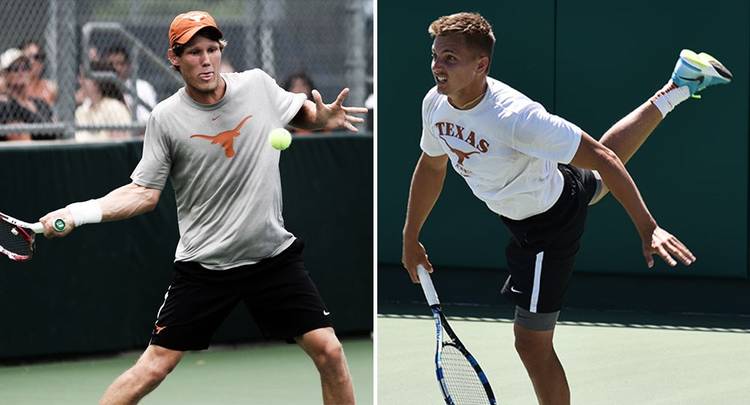 The Texas team of Lloyd Glasspool and Soren Hess-Olesen knocked off a Baylor duo Sunday to reach the finals of the NCAA doubles championship.

Baylor is playing host to the NCAA championships.

It’s the second time in three seasons that a Longhorns doubles team has reached the NCAA finals.

“To beat Baylor at Baylor in the semifinals takes a great effort, and that’s what they gave today,” said Texas coach Michael Center. “The quality of tennis was very high on both sides. We did a great job on our service games, and just played a great third-set tiebreaker when we needed it. Great win. Those guys very are excited to continue playing.”