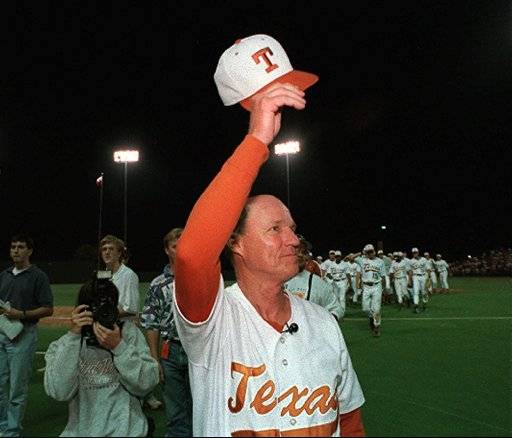 The Omaha College Baseball Hall of Fame, class of 2015 has a decided burnt orange tint to it.

The three-member class was announced Tuesday. Former Texas coach Cliff Gustafson, Longhorn pitching star Burt Hooton and ex-Arizona State slugger Sal Bando will be honored next week in Omaha. The trio will be recognized during the College Home Run Derby at TD Ameritrade Park in Omaha.

The Hall of Fame was established in 2013 to honor college baseball’s best players who excelled on the sport’s grandest stage _ the College World Series in Omaha.

Gustafson won the CWS in 1975 and 1983 and was runnerup three times. His Longhorns teams were 44-30 in 17 CWS appearances. The 44 career wins are second behind legendary Rod Dedeaux.

Bando helped lead the Sun Devils to the 1965 CWS championship. He was tournament MVP after batting .480 with four doubles, 10 runs, nine RBI and four stolen bases. He starred at third base for the Oakland A’s throughout the 1970s.

When and why is the UT Tower lit?