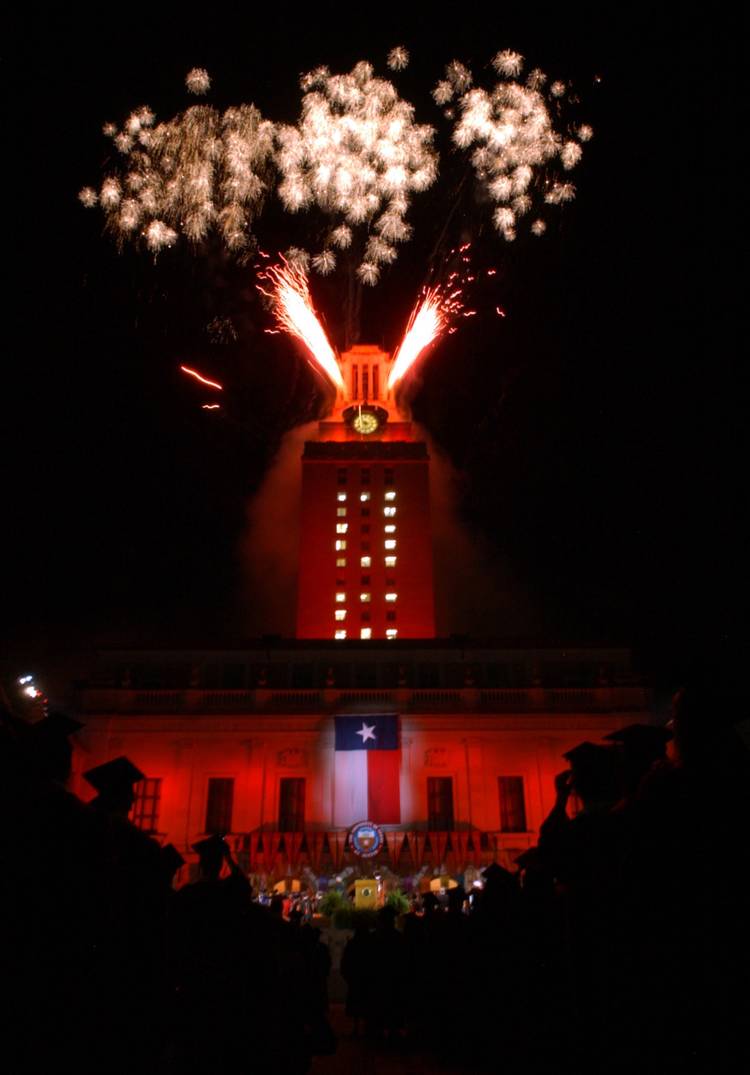 Nothing marks a special occasion quite like the lighting of the UT Tower, the university’s most distinctive landmark.

The tower, completed in 1937, has for 75 years lit up to honor commencements, football victories, national championships and other occasions at the university president’s request.

How and when the tower is flooded in white or orange or configured in some other special arrangement all depends on plans originally laid out in 1947 by the tower’s supervising architect, Carl J. Eckhardt Jr.

The traditions have evolved over time, as traditions tend to do, but at least a few have stayed the same. For example, an all-orange tower and number “1” displayed on all sides still announces a university championship.

If you didn’t know, here is when and why the the UT Tower is lit up according to the University of Texas:

All-white is the the tower’s everyday lighting configuration.

If an entirely orange tower also boasts a white “1,” an academic team has won national recognition or the university has won a national championship.

The tower is darkened and lit only by a white observation deck and top when the university is looking to mark an especially solemn occasion like the annual memorial service or the Tower Garden dedication. The tower was also darkened in 2007 for a candlelight vigil following the mass shooting at Virginia Tech.

For the fiftieth anniversary of the Hook ‘Em Horns sign in 2005, the tower took on an orange glow and the number “50.”

Special tower lighting arrangements also occur for events and anniversaries like LBJ’s 100th birthday and the 100th anniversary of the School of Architecture. Check out our gallery for more photos and this Statesman Shots episode from our archives about the UT Tower: