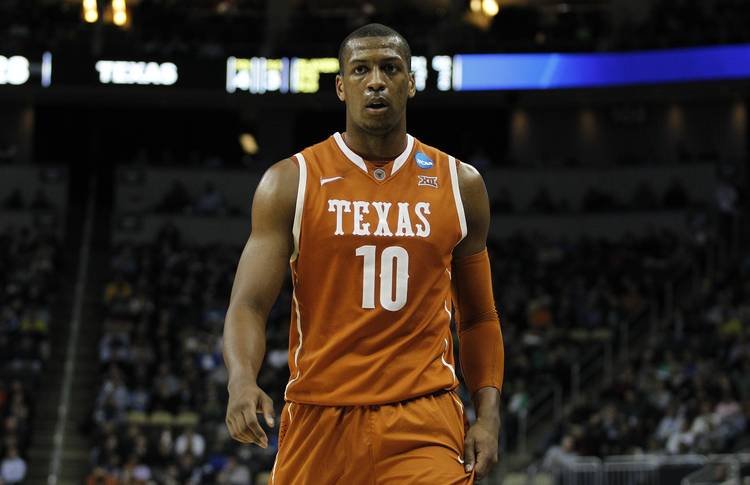 PITTSBURGH, PA - MARCH 19: Jonathan Holmes #10 of the Texas Longhorns plays against the Butler Bulldogs during the second round of the 2015 NCAA Men's Basketball Tournament at Consol Energy Center on March 19, 2015 in Pittsburgh, Pennsylvania. (Photo by Justin K. Aller/Getty Images)

Former Texas forward Jon Holmes has reached a deal to join the Los Angeles Lakers, according to RealGM.

Holmes was not drafted earlier this summer after finishing his Texas career. However, he had a strong summer with the Boston Celtics, averaging 10 points and five rebounds and hitting 13 of 28 shots from 3-point range.

According to the report, Holmes will receive some guaranteed money, which gives him an inside track to a roster spot for the upcoming season.

I genuinely love the university of Texas 🐂🐂🐂🐂🐂

Longhorns have up, down moments in season’s first workout