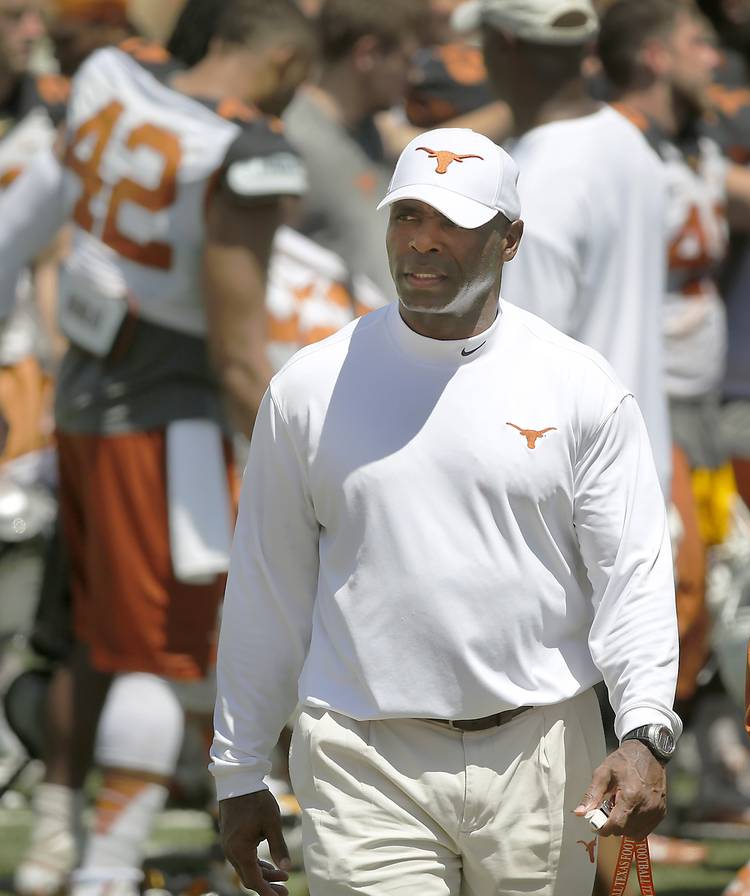 Asked if he had granted Cherry and Catalon a release from their scholarships, Strong simply said he had spoken to the two players.

Neither Cherry or Catalon were at practice. The Longhorns wore full pads for the first time.

“We always want guys to stay here, but anything you get in this program you’re gonna work for,” Strong said.

Pressed further, Strong grew slightly irritated and said, “We have a lot of guys in this program. Let’s focus on the guys we have here right now.”

Earlier in the day, Cherry’s father told the American-Statesman that his son planned to transfer after just three practices because he was a poor fit in Texas’ defense. Cherry, who was working with the second team at middle linebacker, had been receiving tough coaching from Strong’s staff during camp.

Catalon couldn’t crack the two-deep at running back and seemed to be firmly behind Johnathan Gray and D’Onta Foreman. Freshmen Chris Warren and Kirt Johnson are also pushing for reps at the position.

Strong said he’s optimistic that Hill will practice for the first time after seeing a doctor on Wednesday.

As for the practice itself, Strong called it “a little sluggish.” On the positive side was a nifty over-the-shoulder catch by freshman John Burt on a ball thrown by Tyrone Swoopes. Burt beat Duke Thomas on the route.

Swoopes continued to get reps with the first-team offense.

Kirk and Ced chatting at 11 Wednesday