Cherry’s father told the American-Statesman that Cecil asked for transfer paperwork on Monday. Winston Cherry said he left another voicemail with coach Charlie Strong on Tuesday morning, and he expects Cecil to fly home to Florida on Saturday. 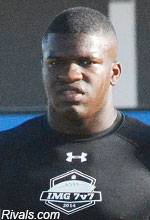 Orangebloods first reported that Cecil Cherry had told people inside the program he was thinking about transferring.

“I told Cecil this morning, wherever you try to go, this is going to have to be your home,” Winston Cherry said. “No matter where he goes, I told him, ‘You’re going to have to sit out.’ What he has to understand whatever we choose at this point, it has to be someone that has your best interest at heart.

“We’re not saying Texas is a bad school. But it’s not designed for his style of defense.”

When asked to clarify what that means, Winston Cherry said, “I’m quite sure Texas isn’t hurt by this whatsoever. They got Malik (Jefferson) and other ballplayers. That’s how I feel about it. It’s no offense against Texas. This thing about his dream, now you have to live your dream and you woke up.”

In the first few days of practice, Texas linebackers coach Brian Jean-Mary got on Cecil Cherry’s case several times. “I guess at this point, him and coach Strong aren’t getting along,” Winston Cherry said.

Winston Cherry said he wanted Cecil to get the paperwork in his hands so Winston could start calling schools immediately.

Still, Cecil Cherry clearly bought into what Strong and the Texas coaching staff was selling.

“Football is getting me out of here, so why wouldn’t I go harder?,” Cherry told the American-Statesman just before national signing day. “Why wouldn’t I take that physicality out on the field?”

Now, it appears “Cecil the Diesel” is on the road elsewhere.

Strong has not issued any public statement on this issue yet. Texas is scheduled to have its first workout in full pads from 6-8 p.m. Tuesday. Strong is scheduled to address the media afterward.

Other Texas players took to Twitter to voice their thoughts.

Get it together pimp! @cecil__cherry3

People gotta be made to survive the struggle. #real

Augie Garrido to be inducted into ABCA hall of fame