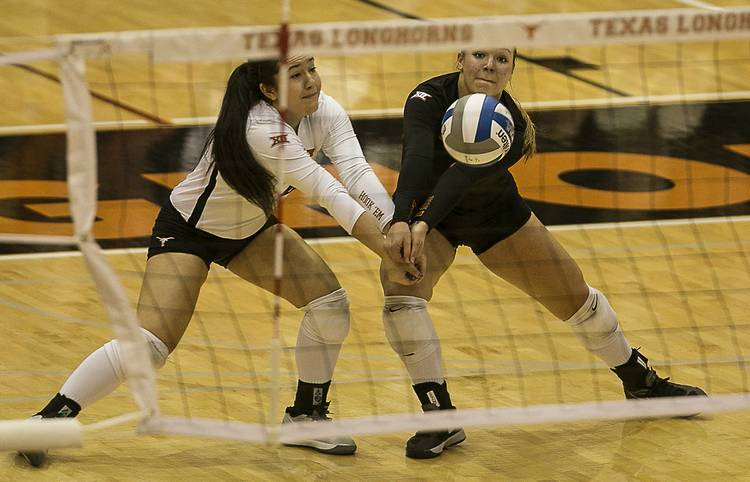 Advertisement
Despite losing multi-year All-Americans Haley Eckerman and Khat Bell, the Texas volleyball is still highly thought of nationally.
The Longhorns checked in at No. 3 in the American Volleyball Coaches Association preseason top 25 that was released Wednesday.
Texas received one first-place vote and totaled 1,384 points, trailing defending national champion Penn State (54; 1,538) and Stanford (six; 1,468).
This marks the fourth year in a row the Longhorns landed in the top three of the preseason poll. They were No. 1 in 2012 followed by No. 2 projections the next two seasons.
Texas will play six top 25 teams during the regular season: No. 4 Florida, No. 5 Nebraska, No. 12 Colorado State, No. 13 Oregon, No. 17 Arizona and No. 21 Iowa State.

Kirk and Ced chatting at 11 Wednesday