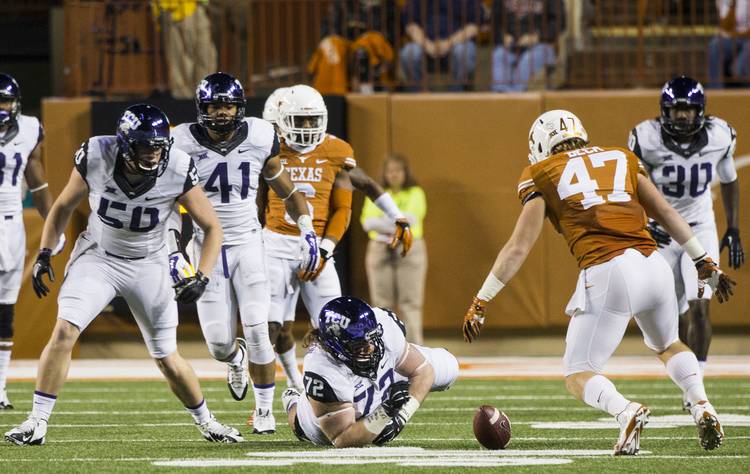 Andrew Beck (47) injured his knee, but it's not believed to be serious

A difficult week for Texas’ tight ends has gotten worse.

On Thursday, a source with knowledge of the situation told the American-Statesman that sophomore Blake Whiteley could be out for the season after suffering an injury to his ACL. The source also said a knee injury to sophomore Andrew Beck, the Longhorns’ only returning player to take a snap at tight end, is not believed to be serious.

News of the injuries comes one day after the ACT rejected a score by Longhorns tight end recruit Devonaire Clarington and ordered him to retake the test. An investigation was launched into the validity of Clarington’s test score because it was higher than his other academic scores would suggest.

Clarington, of Miami, could retake the test as early as next week.

Whiteley (6-feet-5 inches, 248 pounds) has had a tough go at Texas, where he has yet to take a snap entering his second season. The nation’s top junior college tight end in 2013, Whiteley, who is originally from Vancouver, BC., redshirted last year.