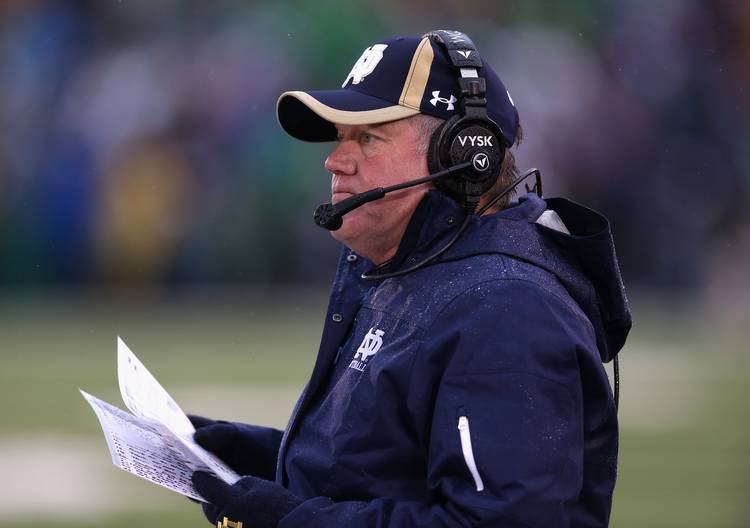 Longhorn fans, you think the play-calling at Texas is a mess. UT’s play-calling can be considered a collaboration of sorts between two individuals, offensive coordinator Joe Wickline and assistant head coach for offense/quarterbacks coach Shawn Watson.

Notre Dame’s offense, however,  will have three men at the helm, according to a report from the South Bend Tribune. The Irish’s collaboration will be among first-year offensive coordinator Mike Sanford, assistant head coach/wide receivers coach Mike Denbrock and head coach Brian Kelly.

Sounds like the Irish will stay away from Charlie Strong’s “one true voice” when it comes to pulling the offensive trigger. Notre Dame’s key word is “unison.” From the report:

“I know you guys (the media) want more. “I’m just not going to give you much more than all three of us are collaborating. How it comes out to the signaller, we’re all in unison as to how we want the game to unfold.”

For Bevo fans, the hope is three is too many cooks in the offensive kitchen.

Need a reason to be more hyped? Watch this fan-made preview for the 2015 Texas Longhorns