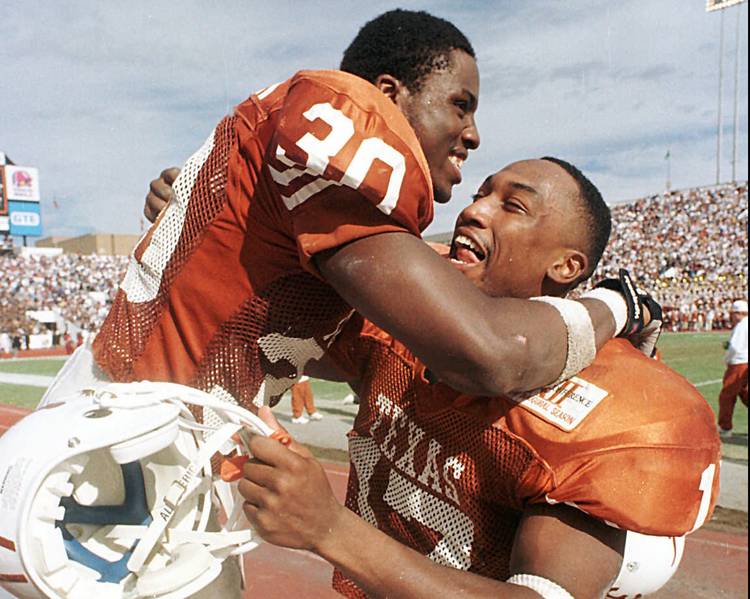 Texas senior defensive backs Bryant Westbrook, left, hugs his teammate Tre Thomas, near the end of the Horns victory over the Aggies to send them to the Big 12 Championship game in 1996. (Ralph Barrera/American-Statesman)

Most Texas fans will want to forget the results the last time the Longhorns squared up with Notre Dame 19 years ago. Hosting the Irish, Texas was up 24-17 late in the fourth quarter until Notre Dame scored 10 unanswered points in the final 2:54 of game time to nip the Horns at the buzzer with a 39-yard field goal.

Horn fans can watch that final three-minute collapse online or view the entire game to relive the pain.

But, one shining moment of that 1996 game for the Horns that was replayed on all highlight shows that weekend, and probably added to DBU’s recruiting videos was cornerback Bryant Westbrook’s crunching hit on Notre Dame running back Randy Kinder.

Venerable broadcaster Keith Jackson’s reaction of “Whoa oh, Hello!” is a good summation of the tackle.